Sarawak recorded one new imported Covid-19 case which was registered under the Kuching district today, bringing the total number of positive cases in the state to 718, said the State Disaster Management Committee (SDMC).

It said in a statement that Case 718 involved a local man who had just returned from Kuwait.

“The case, who was working in Kuwait, returned to Malaysia via Dubai International Airport, United Arab Emirates in the early morning of Oct 1 and arrived in Kuala Lumpur in the evening before boarding a flight to Kuching at night on the same day.

The committee said that upon arrival at KIA in the early morning of Oct 2, the case was immediately placed on a mandatory 14-day quarantine at a hotel quarantine centre.

“On Oct 3, which was day two of the quarantine, the case was screened using the RT-PCR test which was found to be positive the following day,” it said, noting that the case was asymptomatic.

It said the case was then referred to the Sarawak General hospital (SGH) for further treatment on the same day.

It also said that this case has been categorised as an imported case in view that the patient was infected while abroad and that further investigation and tracking of all contacts to this patient is still underway.

Meanwhile, SDMC said a recovered Covid-19 patient was allowed to be discharged from SGH today, bringing the total number of recoveries in the state to 683 or 95.13 per cent out of the overall cases.

On the number of person under investigation (PUI), SDMC said two new cases were recorded today with one case pending lab test result.

Since the first positive Covid-19 case was reported on March 13, the state has recorded a total of 19 deaths. 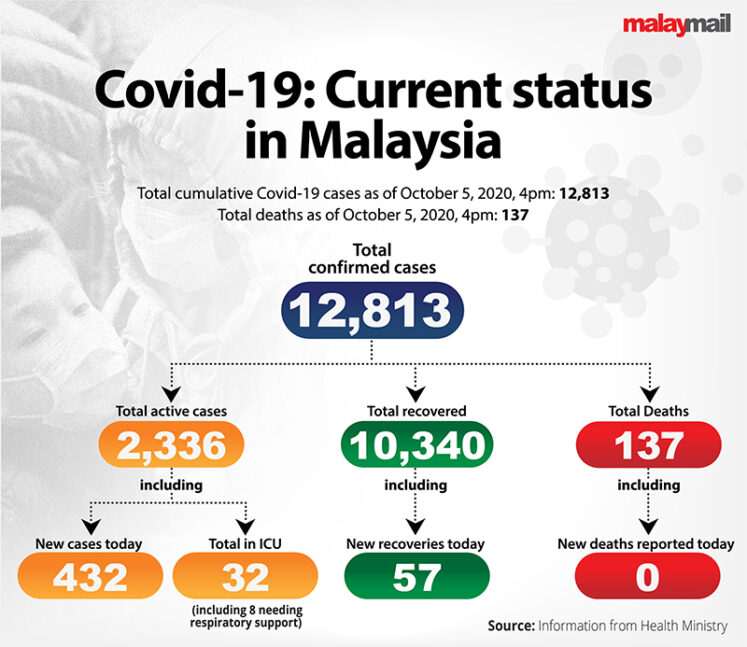 Kuching, Sibu and Lawas districts remain as yellow zones following the three locally infected cases in Lawas and one local case each in Kuching and Sibu which was reported in the last 14 days. — Borneo Post