More than 100,000 My100 new unlimited monthly travel passes have been sold since it was launched last December.

Transport Minister Anthony Loke said the number shows that the government’s efforts in encouraging the public to use public transport were getting more attention. 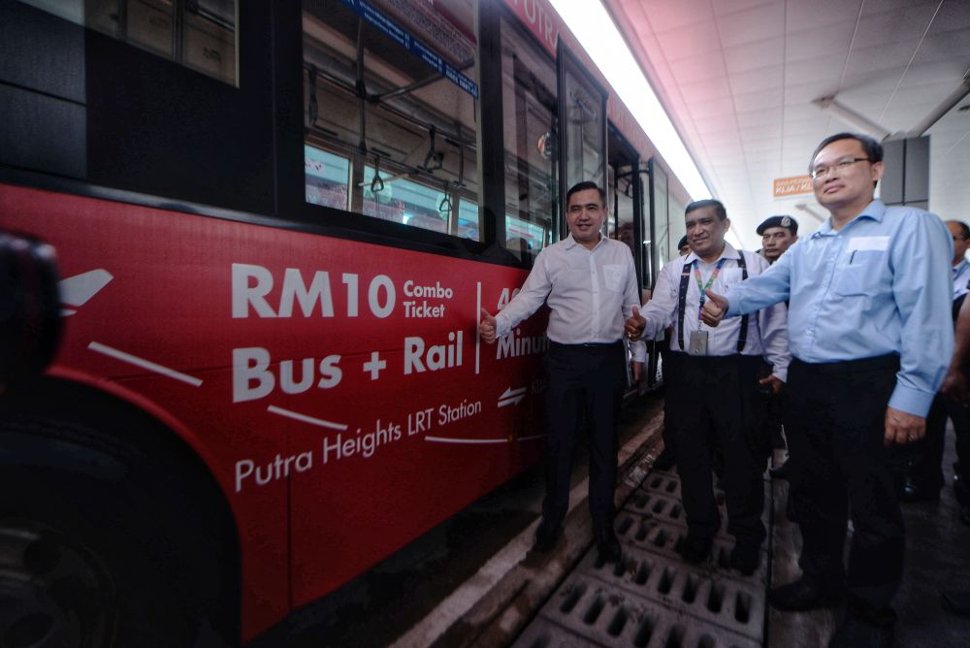 “Government initiatives in launching the My100 and My50 monthly passes to daily commuters to encourage them using the public transport have been successful,“ he said at the launch of Bus Shuttle Service from Putra Heights LRT station to Kuala Lumpur International Airport (KLIA) and klia2 here today.

Loke said the shuttle service is one of the initiatives organised by Prasarana and private company, Hafeena, through its bus brand Jetbus which offers services from the LRT station to KLIA and klia2.

“I would like to emphasise that the government does not practise favouritism, although Prasarana owned by the government while the Jetbus is a private-owned company,“ he said.

“I as minister simultaneously launched these two operations. What’s important is we want to see that there is healthy competition that lead to better service. LRT station was chosen because it is the most strategic that connect many routes to KLIA.”

Loke added that at the moment there are 100 million passengers per year at both airport terminals and improvement of services is a needed to these airports.

He said consumers could use the service at reasonable prices. “Consumers can buy combo tickets at RM10 one-way for those who use any Prasarana service before boarding the Rapid buses to KLIA and klia2 at Putra Heights LRT Station.

“Jetbus offers RM4 one-way from Putra Heights LRT station to KLIA and klia2. Consumers also do not have to worry because the frequency table for both services is very good,” he said.

The shuttle service, which started on Feb 1 costs RM10 for a combo ticket, which includes a train ride from any LRT, MRT, Monorail or BRT station to the Putra Heights LRT station for a one-way journey.

From the Putra Heights LRT station, passengers can board the Jetbus shuttle buses to either KLIA or klia2, with the journey expected to take around 30 to 40 minutes with a bus departing every 30 minutes.