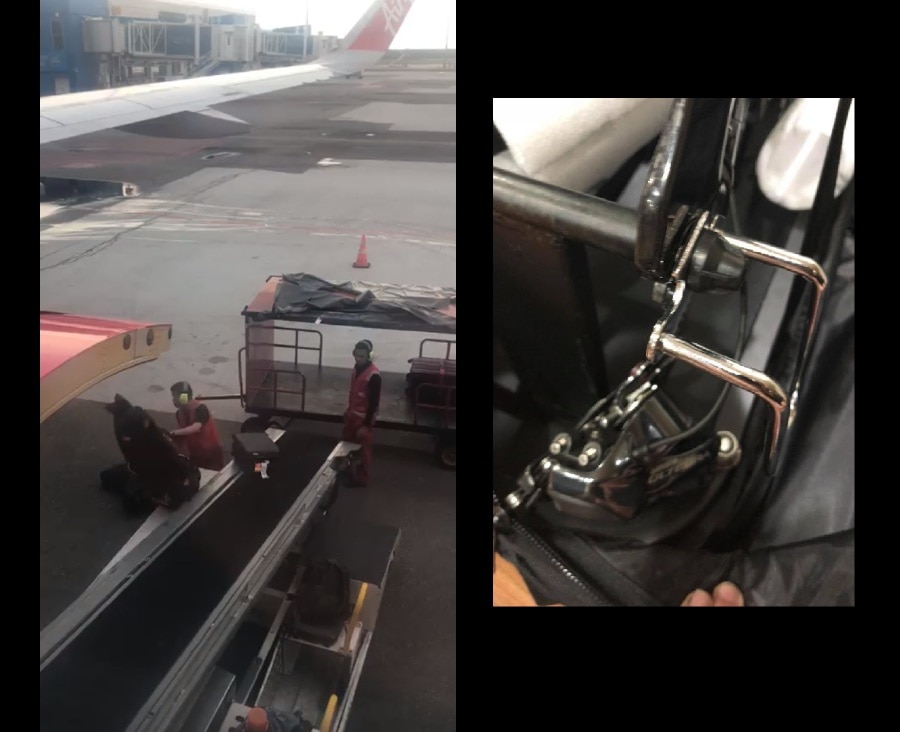 In the video clip taken by an AirAsia passenger, the airline's baggage handlers were caught throwing passengers' luggage including a bicycle.

In a Facebook posting today, Fernandes wrote: "From an Airasia flight. We now have a joint venture ground handling company called GTR.

"But we take full responsibility. After meeting all my ramp boys and girls I’m really disappointed.

"Riad Asmat our CEO is in charge, himself a cyclist, will be in touch and make sure no damage.”

Fernandes also stressed that AirAsia is a company that, if they make a mistake, they will stand up and take the heat.

"We will get better. Apologises." he added.

The post also included a 30-second video that showed two baggage handlers unloading luggage from an AirAsia jet, unaware they are being filmed.

AirAsia also posted an apology by Riad in a minute-long video.

Riad acknowledged that being a cyclist himself, he was disturbed by the action of the ramp staff.

“Rest assured, we have taken action.

“We are looking into the matter very seriously and stern action will be taken accordingly,” he said.

As a gesture of goodwill, he said AirAsia would waive all fees with regards to the transportation of bicycles in the month of April.

The video had been uploaded by Fen Lim, thanked Fernandes for acknowledging and taking actions.

According to Lim, the video was filmed while they were still seated in their flight AK171 from Kaohsiung to klia2.

The original posting had been shared 18,296 as of this writing.

In spite of the apology by Fernandes and brickbats from most netizens, there are those who defended the baggage handlers.

Facebook user Shafire Senin wrote: "This happened not only in AirAsia, almost all the same.

"Do you think those guys know what is inside there, what they wanted is to meet their KPI (key performance index). They are airport staffs.”