Starting mid-July, travellers can use Grab to book another sort of ride to the airport – KLIA Ekspres train tickets, which can be purchased with the newly introduced GrabPay mobile e-wallet.

GrabPay Malaysia, Singapore and Philippines managing director Ooi Huey Ting announced GrabPay has partnered with KLIA Ekspres to allow commuters at KLIA, klia2 and KL Sentral to use GrabPay credits to pay for their rides and enjoy limited time offers. 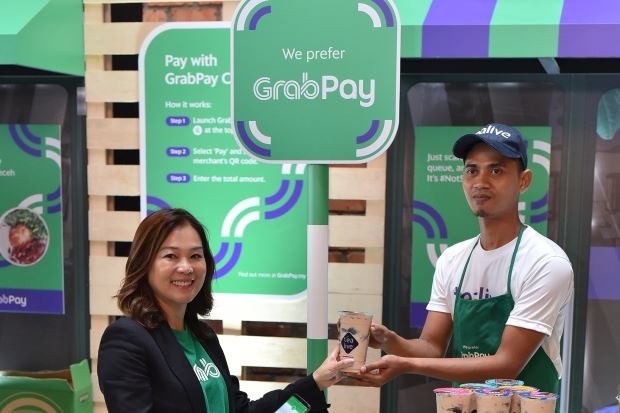 Ooi trying out the GrabPay mobile e-wallet with one of its partner merchants. – Grab

The Grab app can now be used to pay merchants or partners that use a GrabPay QR code.

Spending GrabPay credits also earns users GrabRewards points, which can be used to redeem items and services on its GrabRewards catalogue.

Users can also transfer money directly to each other via the app.

“What’s stopping many in Malaysia from going cashless is the perceived lack of safety and convenience,” says Ooi, adding that the e-wallet will spare users from having to download additional apps while making it easier to track spending.

Bank Negara statistics show that more than 80% of transactions in Malaysia are in cash, with cash handling and services costing the banking industry more than a billion in cost per year.

Ooi says that GrabPay has partnered with Maybank, which will soon allow users to use GrabPay credits at Maybank’s QR-enabled merchants and top-up their mobile wallet via Maybank’s Internet banking portal.