OVER 70 clips from the closed-circuit television (CCTV) camera footage related to the assassination of North Korean leader Kim Jong-un’s half brother Kim Chol or Kim Jong-nam at klia2 were shown during the trial of the case at the Shah Alam High Court today. 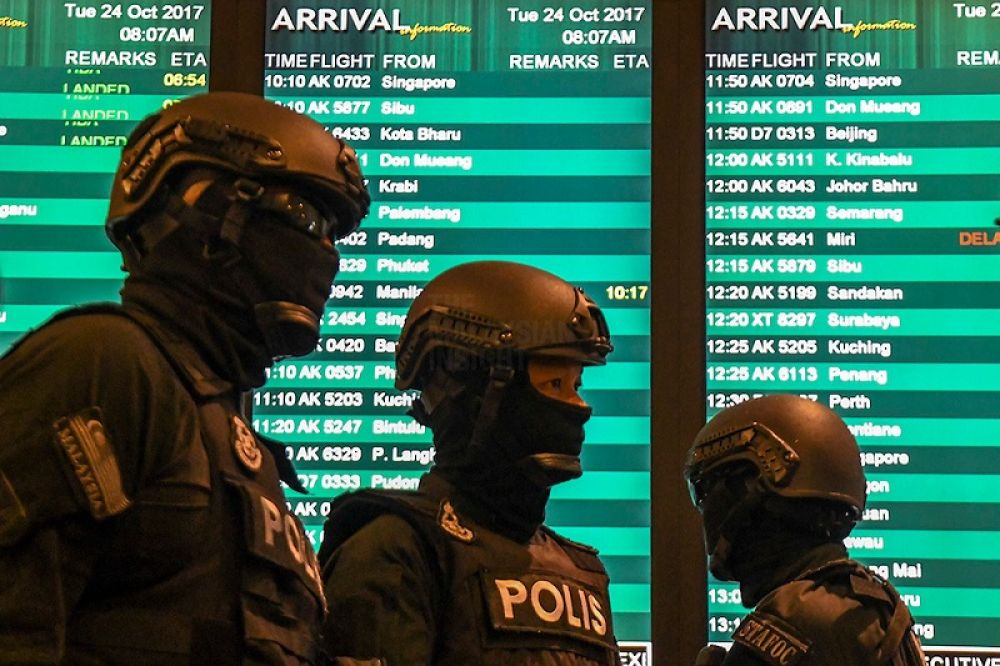 Members of the Special Task Force on Organised Crime standing guard during a re-enactment of the murder of Kim Jong-nam at klia2 on October 24, 2017. The Shah Alam High Court has been shown more than 70 clips from the CCTV footage of Jong-nam's murder today. – The Malaysian Insight file pic, January 24, 2018.

The clips were submitted as case exhibits by the prosecution during the examination-in-chief of CCTV security supervisor of the Gateway@klia2, Syed Fakhruzaman Mohd Mokhtar, 45.

To a question from deputy public prosecutor Syed  Farid Syed Ali, the witness said he had copied the CCTV footage into 10 digital video discs (DVDs) before handing it over to investigating officer ASP Wan Azirul Nizam Che Wan Aziz.

“The 10 DVDs were handed over to the investigating officer in stages between February 13 and 21 last year,” said the witness who also confirmed that all the clips from the DVDs were shown to the court today.

The man also said he was responsible for copying the CCTV footage into the DVDs.

“After the police found the footage, I created a folder in the computer before copying it (the footage) into the DVDs provided by the police.

“During the process, I can confirmed that all the DVDs were in good condition and that I handled the computer myself. All the footage were previewed at the CCTV control room on the first floor of klia2,” he said.

Syed Fakhruzaman was testifying in the trial of two women, a 26-year-old Indonesian Siti Aisyah and 29-year-old Vietnamese Doan Thi Huong, who were charged together with four others still at large, with murdering Jong-nam, at the departure hall of klia2 in Sepang, at 9am on February 13, 2017.

They were charged under Section 302 of the Penal Code, which carries mandatory death penalty upon conviction.