The level of coordination exhibited by local government agencies during a recent three-day anti-bioterrorism exercise has impressed the International Criminal Police Organisation(Interpol). 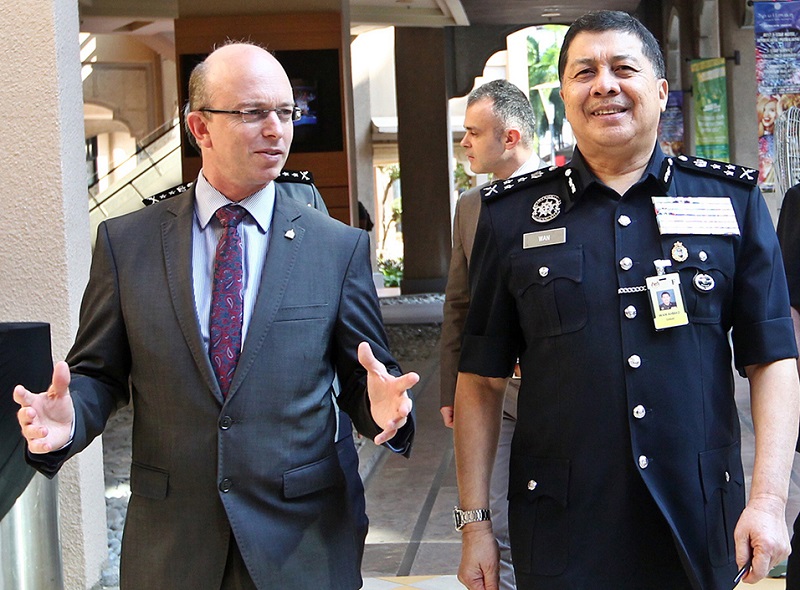 Interpol Counter Terrorism Directorate specialised officer Dennis Adriao said the exercise, aimed at building defence capacity among their 192 member countries, was headed towards dealing with the smuggling of bioterrorism threats.

“Malaysia has been a fantastic host for the exercise.

“It is so good to see the police and other government agencies, together with the airport, working very well together to ensure the capacity is there to deal with threats specifically related to bioterrorism,” he said after the closing ceremony of the Project Vector Bioterrorism Evidence Exploitation workshop in Pullman Lakeside, Putrajaya this morning.

Dennis said Malaysia was one of the five countries selected to undergo the training, without revealing the criteria undertaken in the selection process.

“As Interpol, we have our member countries and we will always remain dedicated to assisting any of the nations, such as Malaysia.

“All I can say is it involves training, exercises, and workshops where it will be ongoing,” he said.

The exercise, which started on Tuesday, was attended by 21 representatives from the police, Fire and Rescue department, the Health Ministry, the Chemistry Department of Malaysia, Immigration Department, Customs Department, and Malaysian Airport Holdings Berhad.

“It is to make sure there is no redundancy in carrying out their duties, no overlapping responsibilities when facing such situations.

“Each department has their own SOPs, there are some which are loose, and we worked towards improving it so it becomes a guide for the agencies to refer to should any emergency happen,” he said.

Wan Ahmad Najmuddin denied the exercise was carried out only because the murder of Kim Jong-nam at klia2, saying the case was instead used as an example in training.

“Smuggling of chemicals is new to us, and with the exposure given by the experts, we are now aware.

“We had one such case in the past, involving the North Korean murder, where it was our first time handling such a threat. We want to make sure the agencies are prepared and ready to handle and coordinate among themselves if similar incident happen,” he said.