Is it nepotism that your father, Tan Sri Asmat Kamaludin, is a director of the AirAsia group and you are CEO of a unit within the group?

Riad Asmat: No. He is a director of AirAsia X Bhd, and I am at AirAsia Malaysia. They are two different units although under the same group. In fact, he did not even know I was getting the job a day before the announcement. My parents were upset because I did not tell them then, but they are okay now. 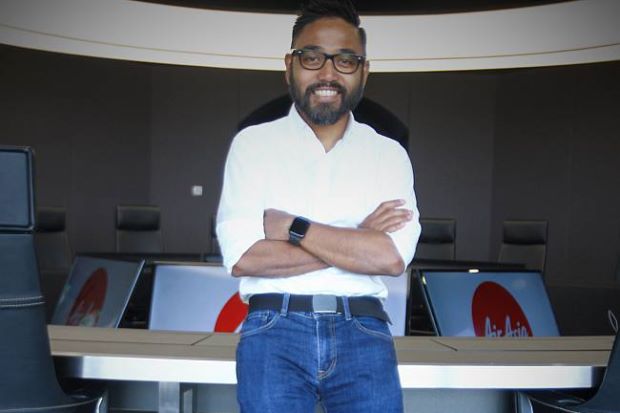 I do not report to him and my independence is very clear. I have never worked for my father or in an environment where my father has influence.

It was just like my days in Proton Holdings Bhd. He was in Perodua. Imagine our dinner talk, but all the jobs that I have taken have nothing to do with my father.

On hindsight, I didn’t tell them so that they could not react. I want to be independent but by father is my hero.

How different is your leadership compared with your predecessor Aireen Omar?

I don’t want to make comparisons. I am open to interaction and believe in change for the better. I am also a very hands-on person and that comes from my past experience and the businesses that I have been involved in.

That is who I am and I will follow the system and not go against the grain. That is my style, not Aireen’s, not Tan Sri Tony Fernandes’, but that’s me.

How much leeway do you have in managing the business, given the fact that Fernandes is the face of AirAsia?

I have to make sure I make the right calls in consultation with Bo Lingam, the deputy group CEO. If need be, I can make changes to our structure and resources on the basis of what is within the contract and for business growth. It’s ownership accountability.

Are big decisions still made by Fernandes?

Overall group strategy and objectives are still at group level and he sits there. He gives us the objectives for each operation. Then, once I get that mandate, I meet the targets set. Corporate governance is in place so it is clear. I make decisions to a certain level based on the corporate governance of each unit.

Where do you see the airline in the next five years?

It has to be bigger, as otherwise, I would not have done my job. Competition is in existence and my job is about execution. We want AirAsia to be continuously the preferred choice in terms of movement for people, an airline that everyone looks for to fly to Indonesia, Johor or even Kelantan.

If I don’t put my heart and soul into this job, it will be pointless.

I took on the job with my eyes open and inherited a strong team and that is to my benefit, so I am not starting from scratch. Now, it is about leading the team to achieve the single objective of growth and I would find it baffling if we cannot execute to make it into a bigger airline even though there are challenges ahead. To me, it is an adventure.

How is the relationship with the airport operator? It has often been lukewarm in the past.

The irony is that in one of my walks around the airport, I bumped into an old friend who happens to be the manager of klia2. He gave me a huge bear hug. He was at Sepang Circuit earlier and we were working together at some point. I am now dealing with friends and that does help to some extent. I have to make a stand in terms of our needs, but it is easier now as I know who I am dealing with. We are looking forward to smoother relationships, and thus far, both our senior managements have met and there is a common understanding to tackle some issues in the right manner and prioritise where needed. My job is also to manage this relationship and that is what I am doing. It has been positive thus far.