AirAsia confirmed it will transition its twice daily Melbourne, Australia services from Tullamarine Airport to Avalon Airport from December 5 this year, at the same time launching the first ever services from Victoria’s second international airport. 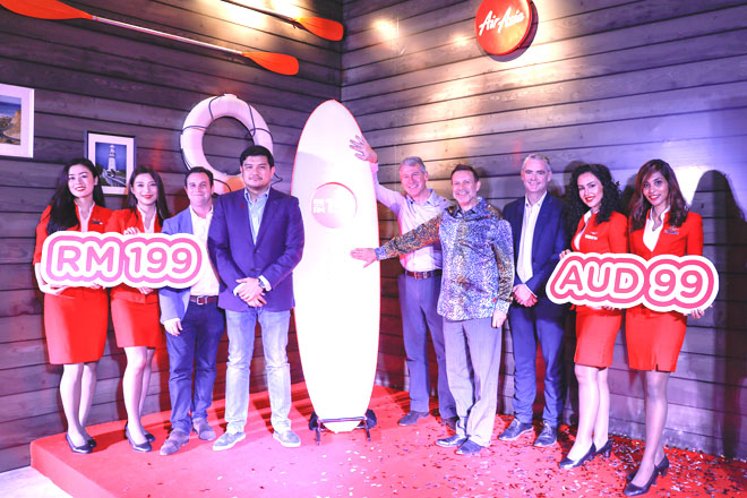 AirAsia X chief executive officer Benyamin Ismail made the announcement in the presence of numerous tourism, airport and industry officials including Councillor Bruce Harwood, Mayor for the City of Greater Geelong, Andrew Goledzinowski, Australian High Commissioner to Malaysia and Justin Giddings, CEO of Avalon Airport, at a media event to promote Victoria, the Great Ocean Road and its surroundings.

“As the flagship carrier to launch international services from Avalon Airport, this is a game changer for consumers, for tourism and for the industry. We’re confident that our great value fares to and from Melbourne, will prove popular with Australians wanting to fly to KL or connect to our global network of 130 popular leisure destinations and conversely, Asean will benefit from consistently affordable and convenient access to Victoria.

“Value, innovation and choice are at the heart of everything we do. We are very pleased to be moving our Melbourne services to the state of the art new facilities at Avalon Airport in Victoria, Australia, ensuring we can continue to provide great value airfares for our guests and look at potential opportunities to grow our Melbourne services in the future.

“Avalon Airport has many advantages including a hassle free, streamlined arrivals and departures area and location close to one of Australia’s greatest tourism icons – the Great Ocean Road, at the same time retaining convenient access to the downtown CBD.

“To celebrate, we have put airfares on sale to Melbourne (Avalon Airport) starting from only RM199* all-in one-way which is the lowest ever seen on this route from AirAsia.

He continued, “Our target is to carry half a million guests in the first year of operation, and we’re already reviewing other exciting destinations we could potentially launch from Avalon in the future.”

Flight D7 218 from Kuala Lumpur will be the first service into Avalon Airport scheduled to arrive Melbourne on the morning of December 5, 2018.

Guests booked to travel with AirAsia X to / from Melbourne from 5 December onwards will be contacted directly by the airline and provided with their new travel details including a range of provisions should they wish to change their travel plans.

Avalon Airport is located approximately 50 minutes from Melbourne’s CBD and 43 kilometres away from Torquay – gateway to the Great Ocean Road.

The new international terminal will feature state of the art facilities when it opens for operations on 5 December when AirAsia’s first services take flight.