AirAsia Bhd is seeking to more than double the size of its narrowbody fleet to 500 aircrafts in ten years, targeting to grab a bigger share in the highly competitive and increasingly crowded aviation market in the region. 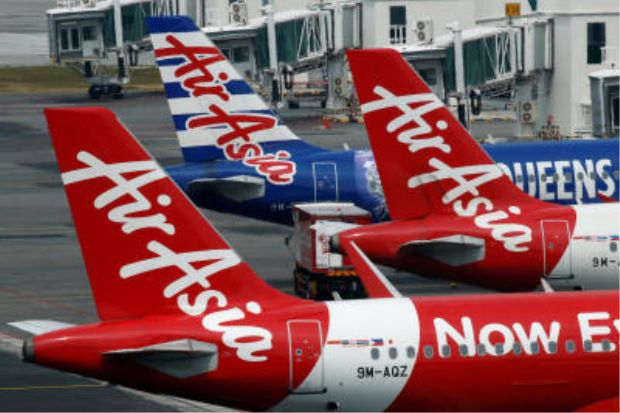 “AirAsia is optimistic about the growth potential of low-cost air travel, and the potential of our fares to stimulate and grow new markets,” its group CEO Tan Sri Tony Fernandes said in a statement today.

“We will continue to grow our presence and market share in the Asean region, with Vietnam as the final piece of the puzzle to complete our Asean connectivity,” he added.

AirAsia added 30 aircrafts to its fleet in 2017, of which 24 were fully operational as the close of the year. In seat capacity terms, the airline added 16% year-on-year in the fourth quarter and 10% for the whole of 2017.

The expansion helped AirAsia achieved a 10% revenue growth in the fourth quarter across its operations in Malaysia, Indonesia and Philippine.

The airline has a 55% market share in the Malaysia market.

“It was a remarkable quarter for AirAsia as all our Asean operations as well as India reported good profits,” Fernandes said.

Despite the rapid expansion, AirAsia reported a slight drop in average fare to RM182.

The group, Fernandes said, managed to draw in higher revenue growth by its booking conversion rate and getting passengers to purchase more ancillary products.

Fly-thru passengers for the group was reported at 1.6 million pax, or a 40% increase for 2017 as compared to the year before.

“Our klia2 hub is still the top transit hub by our passengers contributing 61% of the overall Fly-Thru traffic, and a growth of 40% from 1.1 million pax to 1.5 million pax year-on-year,” Fernandes said.

“We foresee higher uptake of this ancillary product as we continue to strengthen our synergy with our long haul sister company, AirAsia X Bhd,” he added.

“I am glad to announce we will be consolidating our digital businesses under RedBeat Ventures and marketing to investors as an Asean travel and lifestyle tech ecosystem,” Fernandes said.

The group had also appointed Datuk Mohd Shukrie Mohd Salleh, the former CEO of Pos Malaysia Bhd to head up Redbox, which is an end-to-end courier service.

“As for maximising shareholder returns, AirAsia will continue to create assets and realise the value of our investments in non-core operations as well as grow our digital and data businesses,” Fernandes said.

“We remain committed to a biennial distribution of special dividends from the monetisation of our non-core assets,” he added.