AirAsia took home the “World’s Best Low-Cost Airline” award for the 10th year in a row at the 2018 Skytrax World Airline Awards held at The Langham, London. 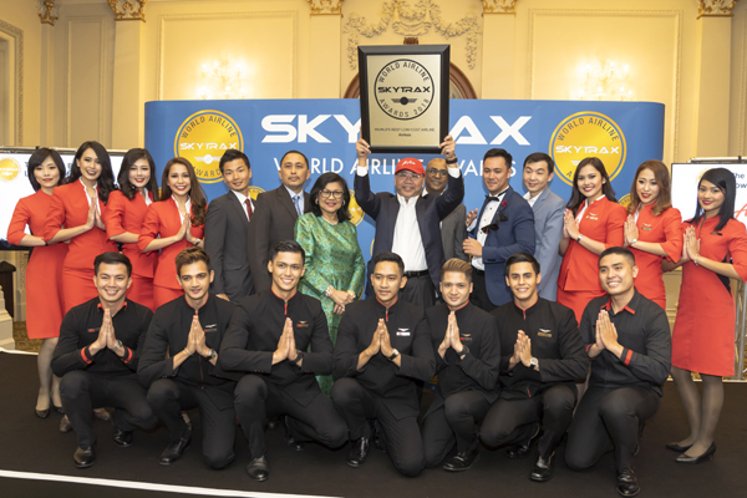 Dubbed the ‘Oscars of the Aviation Industry’, the Skytrax Awards are the global benchmark of airline excellence with over 20.36 million customers surveyed worldwide by more than 105 nationalities, measuring standards across 49 key performance indicators of an airline’s frontline products and services.

Meranun said, “I’m honoured to celebrate our record-breaking 10th win today. This moment feels surreal. I remember the ecstatic feeling of being named the world’s best low-cost airline for the very first time 10 years ago. I would have never imagined we would remain the world’s best for a decade. Thank you for your tremendous love and support. We will continue to champion low fares and hopefully transform many more lives in the process.”

In true One AirAsia spirit, the win was celebrated across the group in AirAsia offices in Kuala Lumpur, Bangkok, Jakarta, Manila, Bangalore and Nagoya, with a special live interactive show broadcasted on AirAsia’s Facebook page.

As part of the celebration, AirAsia will be offering unbelievably low fares from July 23-29 on its website and mobile app. Guests also stand a chance to win one year of free flights by participating in the #WeAreAllChampions social media contest. More information is available on the airline’s Facebook and Instagram pages. – TradeArabia News Service