On Wednesday, 21 March, several passengers onboard an AirAsia flight could only watch in disbelief as a klia2 baggage handler threw their bicycles onto the ground. 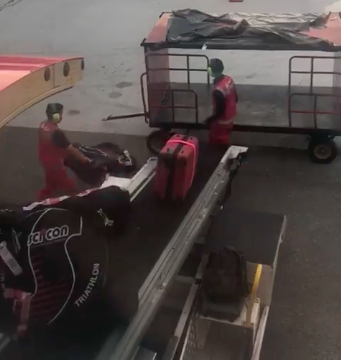 In a video that has gone viral on Facebook, the handler was seen dragging two bags containing the bikes from the conveyor belt before plopping them onto the ground, prompting onlookers to exclaim in shock 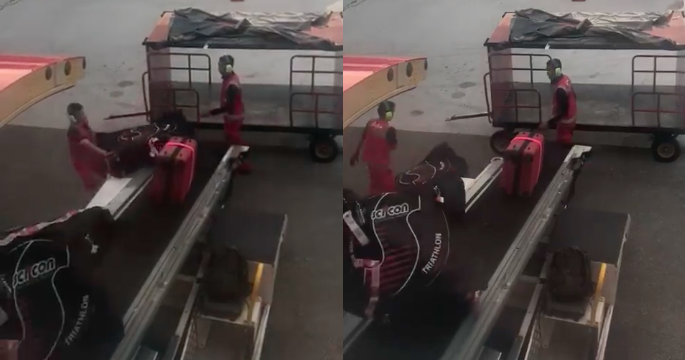 The video is being circulated via at least three Facebook profiles, all of whom are believed to be passengers of the flight from Kaohsiung to klia2.

According to Facebook user Patricia Lim, several of them were returning to Malaysia after participating in the Ironman 70.3 Taiwan triathlon. She added that about 10 bikes were checked into the flight.

In a separate post, fellow passenger Karen Siah urged AirAsia Group CEO Tony Fernandes to "urge your staff to be a bit more careful with our 'babies'".

"They cost a lot of money and we really don’t want to bring home broken bike parts because we flew on your flights.”

Fen Lim, another bike owner who was also on the flight, later discovered that her bike had been damaged 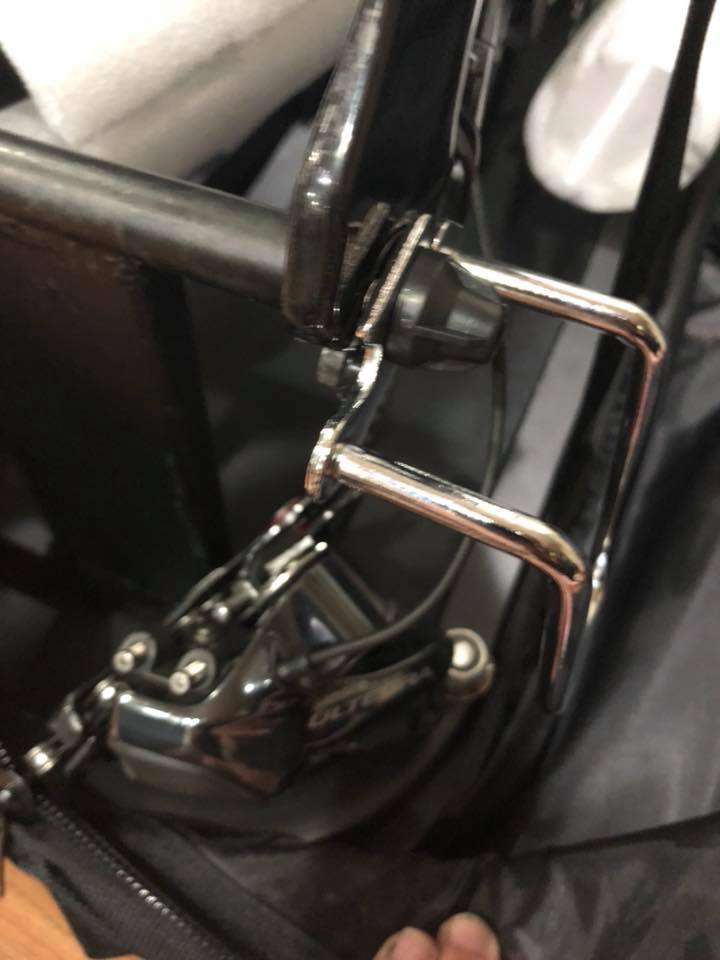 "Thanks AirAsia… you broke my bike," she wrote on Facebook. At the time of writing, her post has been shared over 10,000 times.

In less than a day since it surfaced on social media, the video has spread beyond Malaysia and even prompted some netizens to share similar sentiments about other airlines

AirAsia Group CEO Tony Fernandes has since expressed his disappointment over the incident, clarifying that AirAsia will "take full responsibility"

"We now have a joint venture ground handling company called GTR. But we take full responsibility," he wrote.

"After meeting all my ramp boys and girls I’m really disappointed. We are a company that if we make a mistake we stand up and take the heat. We will get better. Apologies," he added.

In a video released today, 22 March, AirAsia CEO Riad Asmat – who is a cyclist himself – apologised for the ramp staff's actions and announced that all handling fees for bicycles will be waived for the month of April

“Firstly, I would like to apologise on behalf of AirAsia to the cyclists, obviously, who were affected. As a cyclist myself, I was pretty disturbed when I saw the actions of our ramp staff. Rest assured, we are looking into the matter very seriously, and stern action will be taken accordingly," he said.

With that, I hope that we will continue to improve ourselves, attention has been put into this particular example, and as a gesture of goodwill, for the month of April, we would like to waive all fees with regards to bicycle transportation."