The clip, which is over five minutes long, shows a man walking into the airport lobby, looking at flight schedules before approaching a self check-in kiosk.

Two women then approach him from opposing directions behind him.

A woman with a shoulder-length hair resembling the woman holding the Vietnamese passport, whom police have identified as Doan Thi Huong, is seen placing her arms over his head before reaching over for his face.

She is seen leaving a split second later, as does the other woman. 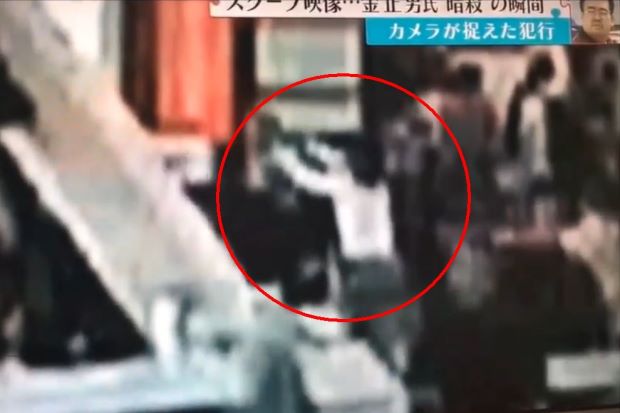 The women walk away hurriedly but calmly.

The man who appears to be Jong-nam is then seen walking swiftly to an information counter where he speaks to two personnel there.

They take him to the arrival hall where there are two policemen in uniform, and Jong-nam is seen gesturing with his hands, as if miming what had just happened to him.

The two policemen then take him to a clinic there at klia2.

From then on, the clip repeats earlier snippets of the same video.