He says Malaysia Airports is financially strong and doesn't need 'bailout' through PSC hike for international non-Asean travel at klia2. 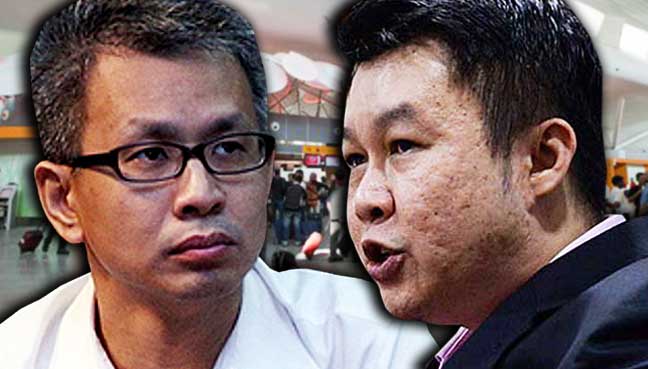 Petaling Jaya Utara DAP MP Tony Pua is being mischievous in trying to link the hike in passenger service charge (PSC) for international non-Asean travel at klia2 from RM50 to RM73 as a bid to “bail out” Malaysia Airports Holdings Bhd (MAHB).

See-To said Pua always had issues with the cost of building klia2 doubling to RM4 billion, even when the terminal was in the planning stage.

“This is despite being told numerous times that the cost had doubled due to changes in capacity, size and specifications of klia2, based on MAHB’s projections and business plans — not due to mismanagement or leakages,” he said in a statement.

On top of this, MAHB now generates strong cash flows. Its net cash flow from operations after tax for the nine-month period for 2017 was RM1.16 billion.

Pua, in remarks made last week, said klia2 had started off in 2007 with a budget of RM1.7 billion but wound up costing well above RM4 billion.

In 2012, he said, he had raised the issue in Parliament, where he was told by the deputy transport minister at the time that the increased costs would be fully borne by MAHB through its issuance of sukuk bonds.

MAHB had borrowed RM5.6 billion through various bond issuances to fund the airport,” he added.

“An analyst report on MAHB at the time suggested that without a price hike to the PSC at klia2, MAHB would not be able to meet its debt obligations which will kick in in 2023.”

See-To pointed out that if increasing the PSC for non-Asean international travel at klia2 to the same rate as KLIA was to “bail out” MAHB, then the company had no reason to drastically reduce the PSC for Asean travel from RM65 to RM35 at KLIA, Penang, Kota Kinabalu, Kuching, Langkawi and Johor Bahru airports.

“As Asean travel has a significantly higher volume compared with international travel (which is only 11% of total travellers), then it would make more sense for MAHB to increase the PSC for Asean travellers instead of reducing it by almost half if indeed the purpose was to bail out a troubled MAHB,” he said.

“Singapore also charges the same PSC of S$35 (RM103) across all four of its terminals despite these terminals having different facilities and amenities.

“Tony should note that Singapore’s Changi Airport had also moved away from providing budget airports in favour of increased customer comfort and safety when they demolished their budget terminal, which charged S$15 per passenger.

“It was replaced by their recently opened Terminal 4, which charges S$35 per passenger.”

See-To said Pua should stop his “obsessive and his increasingly irrational attacks” on klia2.

He said the DAP MP should instead call on MAHB to provide better facilities and passenger comforts at klia2, including providing more immigration counters and increasing the number of walkalators.

“This would be a call I would support Tony in making. Although MAHB had increased the number of walkalators at klia2 from 14 in 2014 to 42 now, I find that klia2 needs more.”