The AirAsia boss asks why it is taking such a long time for the Malaysian Aviation Commission to put in place the airports quality of service framework. 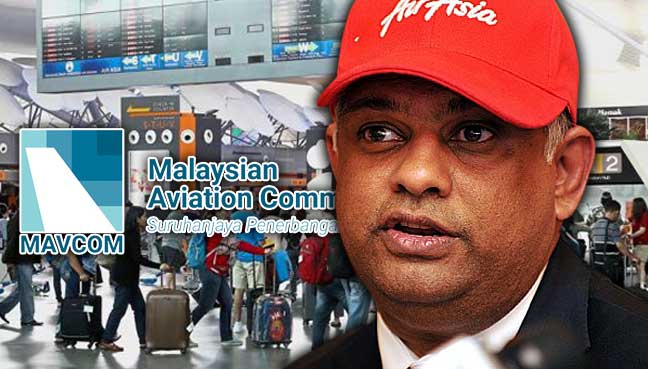 AirAsia group CEO Tony Fernandes is disappointed that the airports quality of service framework is taking such a long time to be put in place.

He said the framework should be in place before the Malaysian Aviation Commission (Mavcom) begins imposing a levy on air travellers, according to a report in The Star.

The framework developed by Mavcom is aimed at penalising airports that fail to ensure seamless services for travellers. It is expected to be rolled out in stages from the third quarter of next year.

“Mavcom has been in operation for two years and by the time this comes out, it will be three years. And while they haven’t got a quality of service framework, they have already raised airport tax and will charge consumers RM1 for their services,” Fernandes told The Star.

From January, all passengers leaving Malaysia by air will have to pay a levy of up to RM1 to cover Mavcom’s operational costs, as the government will stop funding the commission after this year.

In addition, passengers flying out of klia2 from Jan 1 next year will have to pay 46% more in passenger service charge (PSC), or airport tax, for international destinations beyond Asean, as the rate will be increased to RM73 from the current RM50.

“Mavcom must serve the people, not just Malaysian airports. Why not do the work and then decide on the charges?” Fernandes asked.

Earlier this month, the Public Transport Users Association hit out at Mavcom over the 46% increase in airport tax, saying Mavcom appeared to be turning into a tax body instead of an aviation commission that was meant to protect consumers.

It’s president Ajit Johl was also concerned over reports that the government might impose a new form of security tax known as the Advance Passenger Screening System.

“Above this, Mavcom will soon start charging RM1 for every departing passenger to finance its operations since the government stopped its funding. These taxes are over and above the GST, and users can’t always be made to pay for tax,” he had said.