Police have dismissed a claim by North Korean Ri Jong-chol, previously detained over the probe into the murder of the estranged half-brother of North Korea’s leader, that he was the victim of an alleged conspiracy “to damage the honour” of his country.

Deputy Inspector-General of Police Tan Sri Noor Rashid Ibrahim said police were only doing their job in investigating all aspects of the case.

Jong-chol, 47, had been detained to facilitate the investigation into the Feb 13 murder of Kim Jong-nam at KL International Airport 2 (klia2) but was deported yesterday due to lack of evidence to prosecute him.

“He (Jong-chol) can issue any statement but the police have conducted their work in accordance with the stipulated procedure and have released him for lack of evidence (to prosecute),” he said to Bernama when contacted tonight. 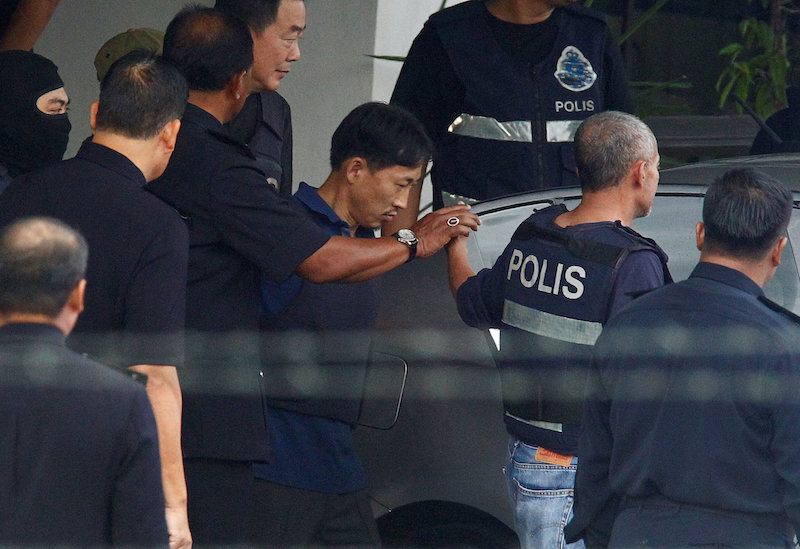 Speaking in Beijing en route to North Korea, Jong-chol reportedly accused Malaysian investigators of using coercion to extract a confession from him. Noor Rashid denied this.

On Malaysia’s declaration that North Korean ambassador Kang Chol was now persona non grata and had been given 48 hours to leave Malaysia, Noor Rashid said the Immigration Department would ensure that the diplomat would leave the country.

It was reported that Jong-nam was waiting for his flight to Macau at klia2 on Feb 13 when two women suddenly wiped his face with a liquid which was later identified as the VX nerve agent.

Jong-nam reportedly sought help at a customer service counter at the airport and was rushed to Putrajaya Hospital but died on the way.

He had used a passport bearing the name Kim Chol. — Bernama