North Korea has proposed a joint investigation with Malaysia into the murder of Kim Jong-nam.

Its ambassador to Malaysia, Kang Chol, said the proposal was being made after “so many questions and contradictions” had arisen from the ongoing investigation into the death of the half-brother of North Korean leader Kim Jong-un.

“If Malaysia agrees with our suggestion, we will despatch a delegation of lawyers to join the investigation with the Malaysian police,” he said at a press conference at the embassy here today.

He said that North Korea as the country of origin of the deceased, had the right to request investigation results – especially relating to allegations on how Jong-nam was murdered. 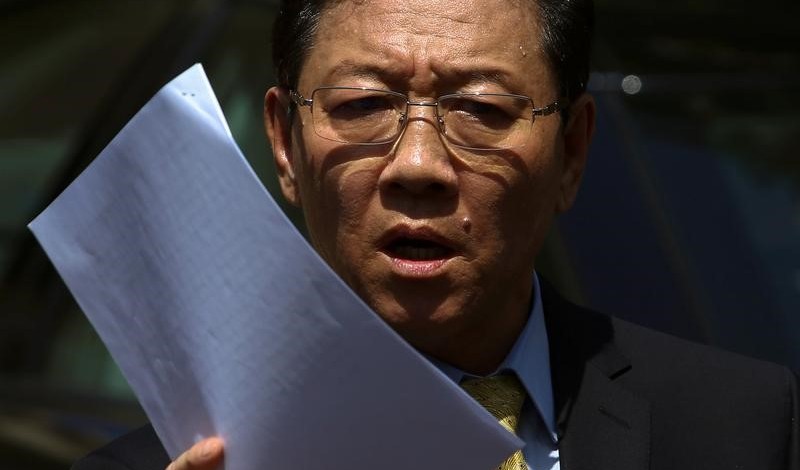 “There are allegations that the arrested female suspects murdered him using poison needles or by daubing his face with chemicals. We demand a meeting with the suspects to get to the truth.”

“This apparently shows the investigation is not for the clarification of the cause of death and search of suspects, but it is out of political aim.”Kang Chol, who referred to the deceased as Kim Chol throughout the press conference, said: “They (the Malaysian police) rather focus on identifying (the dead man) by the .. name alleged by forces hostile to North Korea .. and are requesting the presence of his next of kin for identification and DNA tests to delay the release of his body.

“It has been seven days since the incident but there is no clear evidence on the cause of death and at the moment we cannot trust the investigation by the Malaysian police.”

On Feb 13, Jong-nam – who was estranged from his half brother – was at the KL International Airport 2 at 8am to board a flight to Macau when a woman suddenly covered his face with a cloth laced with what is believed to be poison.

Jong-nam, who was using a passport bearing the name Kim Chol, sought help at a customer service counter at klia2 and was rushed to the Putrajaya Hospital – but died on the way.

Kang Chol claimed Malaysian police had yet to ascertain the cause of death, and added that Noth Korea was still waiting for the evidence of the suspects.