The Malaysian Government is working with India’s Civil Aviation Minister and the authorities in the country to discuss more flight routes into the cities there, said Transport Minister Datuk Seri Liow Tiong Lai. 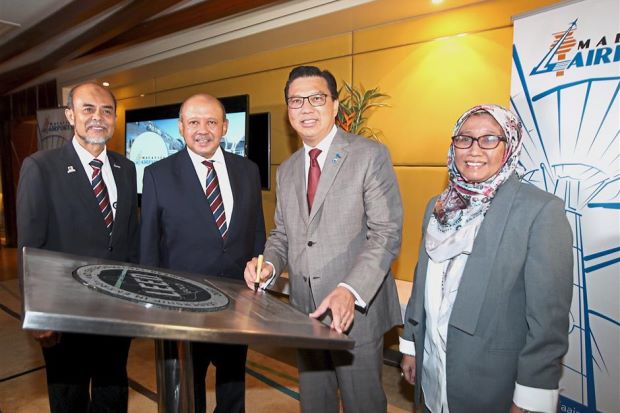 He was speaking to reporters after witnessing the presentation of the Gold Leadership in Energy and Environmental Design (LEED) certification to klia2 at the terminal here yesterday.

“The Asean region is growing and we are growing bigger.

“Malaysia Airlines (MAS) would like to turn Kuala Lumpur International Airport into a hub for Asean. AirAsia is also making a lot of efforts to penetrate more Indian and Chinese markets.

“We’re confident that both AirAsia and MAS will be able to penetrate the Indian market soon because we have good bilateral relations.

“We can see a big potential there with its growing aviation sector.

“China is definitely booming very fast, and these are the two important markets that are near us,” he said.

Liow also congratulated klia2 for being the first terminal in South-East Asia to earn the prestigious Gold LEED building certification, which was based on standards set by the United States Green Building Council.

Earlier in Gelang Patah, Liow said Malaysia respected Singapore’s decision to implement the BioScreen clearance system for motorists at the Tuas and Woodlands checkpoints from Sept 25, adding that it was the republic’s prerogative to take measures to safeguard its security.

Every government, he said, had its own system of immigration clearance, adding that Malaysia was no different.

“Our Government requires vehicles entering and leaving the country to pay road charges and undergo radio frequency identification (RFID), which will be implemented soon, at entry checkpoints.

“But I hope whatever policy is introduced by Singapore, it would not make our road users face congestion or inconvenience.

“It should be easily accessed by the public,” he said.