Relations between Malaysia and North Korea will never be the same in the wake of the murder of Kim Jong-nam here last month, said Datuk Seri Reezal Merican Naina Merican.

The Deputy Foreign Minister said the incident had left a mark between the two nations.

"There is a mark and things will never be the same as before," he told reporters after attending the opening of the fifth session of the 13th Parliament here Monday.

Reezal was asked if the Government would review diplomatic ties with North Korea after North Korean ambassador Kang Chol was declared persona non grata on Saturday and asked to leave the country within 48 hours. 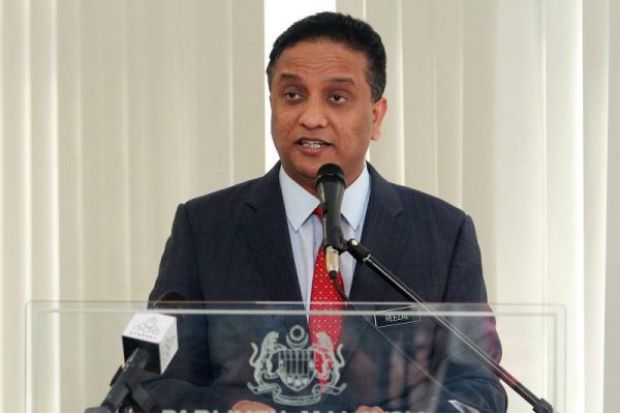 Kang was summoned to Wisma Putra at 6pm Saturday but failed to turn up at the ministry.

The Malaysian Government had demanded a written apology from North Korea for accusations made by the ambassador over the murder of Jong-nam at Kuala Lumpur International Airport 2 (klia2) on Feb 13.

The action by the Malaysian Government was taken amid heightened diplomatic tension between the two countries following the murder.

Kang had accused Malaysia of “colluding and playing into the gallery of external forces” in its probe into the death of Jong-nam.

Asked if Kang would be given safe-passage to the airport as required by the Vienna Convention, Reezal merely said "wait till the 48-hour ends".

He said Wisma Putra has abided by convention and relevant laws with regard to Kang's expulsion.

"We will issue a statement after the 48-hour ends," he added.

Jong-nam, the half-brother of North Korean leader Kim Jong-un, was killed after two women smeared his face with their hands laced with poison at klia2 which was later confirmed to be the deadly VX nerve agent.

Kim Chol was the name on the passport used by Jong-nam when he was scheduled to leave for Macau before he was killed.

On March 1, Vietnamese Doan Thi Huong and Indonesian Siti Aisyah were charged with the murder.