Malaysia is taking a serious stand and fully determined to get to the truth on the assassination of a North Korean national, widely reported as Kim Jong-nam, at KL International Airport 2 (klia2) recently, said Datuk Seri Najib Razak.

The Prime Minister said the government was also determined to prosecute those responsible for what had happened.

“I would like to say that a crime has been committed in Malaysia, and we also realise that the material used is a very dangerous chemical substance that should not be used at all, because if (the substance) used in large quantities, it will lead to the deaths of many, not just one person,” he said.  Najib said this in an exclusive interview with Al Arabiya News Channel in conjunction with the Saudi Arabia’s King Salman Abdulaziz Al Saud’s recent historical state visit to Malaysia.

Malaysia was the Custodian of the Two Holy Mosques’ first country of visit in South-east Asia since his ascension to the throne in 2015. 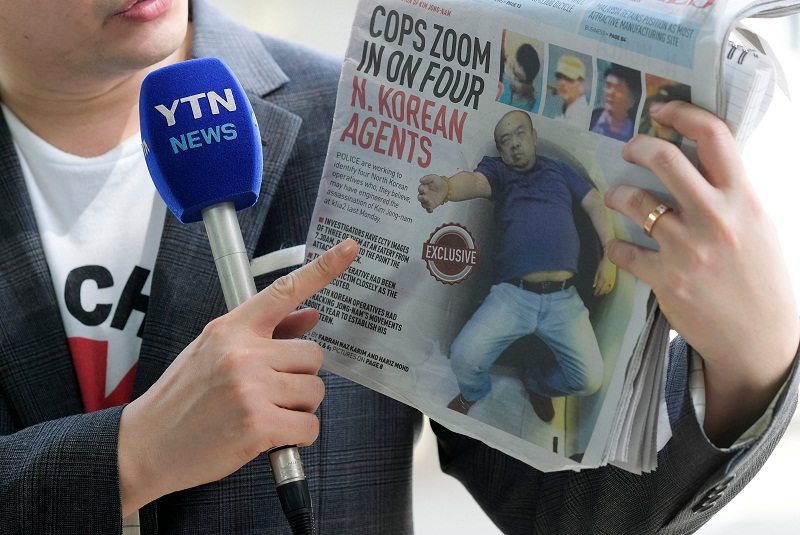 A reporter holds up a local newspaper during his report in front of the morgue at Kuala Lumpur General Hospital where Kim Jong-nam’s body is held for autopsy February 18, 2017. — Reuters pic

In the interview, conducted by Al Arabiya’s general manager Turki Aldakhil, which covered wide range of topics, particularly on Kuala Lumpur-Riyadh ties, Najib was asked on the latest development in the murder investigation of Jong-nam, elder half-brother of the North Korean leader Kim Jong-un at the klia2 on Feb 13.

It was reported that Jong-nam was waiting for his flight to Macau at the klia2 when two women suddenly wiped his face with a liquid which was later identified as the VX nerve agent.

Jong-nam reportedly sought help at a customer service counter at the airport and was rushed to Putrajaya Hospital but died on the way. He had used a passport bearing the name Kim Chol.

Stressing a point, the Prime Minister said the authorities needed to conduct a DNA examination to ascertain the identity of the deceased.  “This is a common procedure and we are waiting for the DNA samples to identity the corpse.

“So we cannot hand over the body as long as we cannot determine without doubt the identity of the victim or the deceased,” he added. — Bernama