A brand new police district has been born in Selangor.

On Tuesday, the police welcomed the new Kuala Lumpur International Airport (KLIA) district headquarters, the 156th in the country. 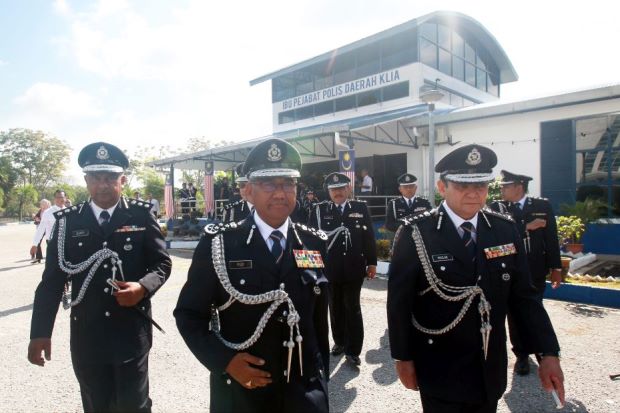 "This IPD (police headquarters) was created mainly to combat security problems emerging from the airports. Airports are the gateway to our country and the police have to be ever ready and ensure that security is tip-top," said Inspector-General of Police Tan Sri Mohamad Fuzi Harun here.

Also in attendance were the heads of the state police departments, as well as Selangor police chief Comm Datuk Mazlan Mansor.

"We are confident that we will be able to provide more effective services with this new IPD," he said.

Mohamad Fuzi told the media that the new IPD is classified as "Grade A".

Both the KLIA and klia2 police stations will be part of the new police district's jurisdiction.

The new HQ is currently sharing a roof with the KLIA police station, but plans are underway for its own building in the future.