Getting to the airport can be a bit of a bother to some. The Kuala Lumpur International Airport (KLIA and klia2) is about 55km from Kuala Lumpur while the Sultan Abdul Aziz Shah Airport or Subang SkyPark Terminal is 23km from the city. 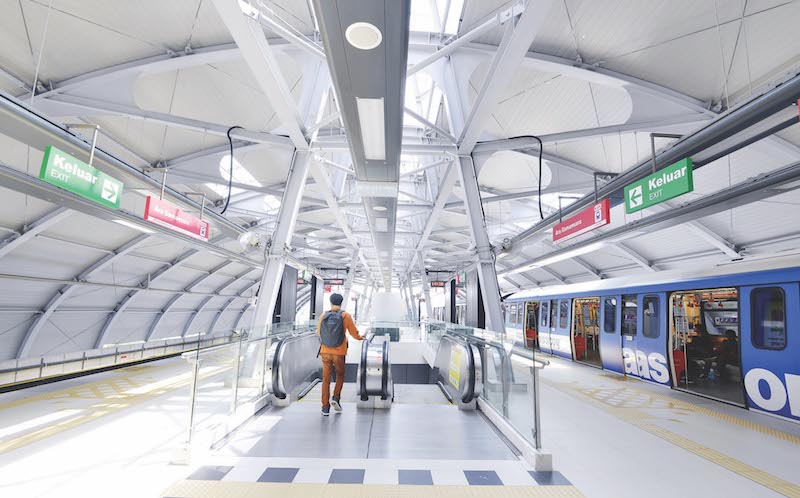 Naturally, due to their distance, public transport fare can be a tad pricey.

A one-way KLIA Express Rail Link (ERL) ticket from KL Sentral is tagged at RM55 while a regular taxi or car-booking apps like Uber or GrabCar could cost just as much or even more depending on where your pick-up location is. The other option is to take the express bus from KL Sentral at RM10 for a one-way ticket.

Then again, one can’t really complain about the charges considering that an international airport like KLIA has to be built far from the city to accommodate more flights and space for terminal buildings and airplane runways.

What many may not be aware of is that a trip to Subang SkyPark can cost you a mere RM1. Yes, you read that right. All you need to do is get to the Ara Damansara LRT (Light Rail Transit) station in Petaling Jaya and take a stage bus from there to Subang SkyPark.

Not only is the fare a bargain but you’re sure to save a lot of time since the journey from the station to the airport takes approximately 10 minutes.

The bus which takes you from the station to Subang SkyPark is marked T773. It was introduced in conjunction with the opening of the station mid last year.

The bus station is located below the LRT station. It may look a bit out of place and partially completed but this is where the bus stops with a frequency of between 15 and 30 minutes.

You might also see many cars parked here but don’t be distracted as it also doubles as a car park.

Speaking of which, the station is furnished with a Park N’ Ride facility consisting of 667 parking bays, 10 of which are reserved for other-abled people and 140 for women drivers.

There is also a Rapid KL feeder bus number 772 which takes you to Subang Perdana, Kampung Melayu Subang and Persiaran Galaksi, among other places. It continues towards the city to Jalan Tun Sambanthan, Jalan Bangsar and Pasar Seni, to name a few.

The dome-covered elevated station has a strikingly modern interior with steel beams and skylights on its ceiling. It is part of the Kelana Jaya Line and is located in a residential township along Jalan Lapangan Terbang Sultan Abdul Aziz Shah. Saujana Golf & Country Club, Tropicana Golf & Country Resort and Bandar Utama Damansara are close by.

At first glance, the station appears to be deserted as right next to it is either a junkyard or an abandoned construction site. Which is why it’s best to be extra cautious and wary of your surroundings when walking in this area.

However, less than five minutes’ walk from the station is a place where there is a hive of activity. It’s the Evolve Concept Mall. Just take the escalator down from the station, turn left and you will see a pathway to the station’s Park N’ Ride space. The mall is across the parking lot.

With over 37,000 sq m of retail space, the five-floor shopping centre is home to popular names like Jaya Grocer, Guardian Pharmacy, H&M, Cotton On and Texas Chicken.