The family of Siti Aisyah, arrested over the killing of North Korean Kim Jong Nam in Kuala Lumpur, is surprised that she had gone to Malaysia.

As far as the family knows, Siti Aisyah, 25, was working as a clothing salesperson in Batam, Indonesia, said her father, Asria Nur Hasan, 56.

Siti Aisyah is one of four people who have been arrested by Malaysian police over the murder of Mr Kim Jong Nam, older half-brother of North Korean leader Kim Jong Un, on Feb 13 at the KL International Airport 2 (klia2) in Sepang.

Mr Kim Jong Nam was at KLIA2 at about 9am on that day to board a flight to Macau when a woman suddenly covered his face with a cloth laced with what is believed to be poison.

He sought help at a customer service counter at the airport and was rushed to the Putrajaya Hospital but died on the way. 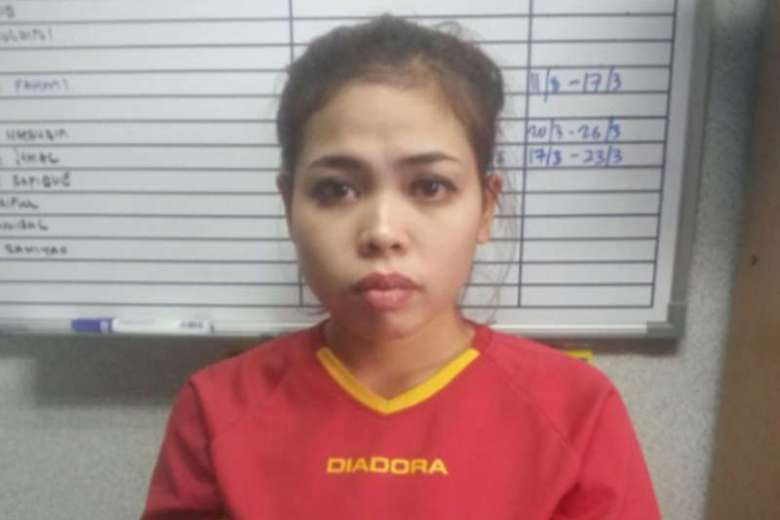 Suspect Siti Aisyah, who has been arrested in connection with the death of Mr Kim Jong Nam. PHOTO: ROYAL MALAYSIA POLICE

Malaysian police have so far arrested Siti Aisyah, another woman who carried a Vietnamese passport with the name Doan Thi Huong, a Malaysian man said to be Aisyah's boyfriend, and a North Korean man.

Asria, Siti Aisyah's father, said she only had primary religious school education but she was hardworking and showed determination to unshackle herself from poverty even as a young girl.

She was in her teens when she started working as a clothing salesgirl in Jakarta, he told Bernama.

He said Siti Aisyah was married to a businessman and they had a son. She and her husband divorced in 2012 and she left home to work in Batam.

"After she went to Batam, we hardly saw her. The last time she returned home was during the Chinese New Year last month. She also said then that she was working as a salesperson.

"We are indeed surprised that she had gone over to Malaysia," Asria said when met at his home in Kampung Rancasumur, Sindangsari Pabuaran, here.

Serang is the capital city of Banten province in the westernmost part of Java island.

Siti Aisyah is the youngest of three siblings. Her two brothers work as labourers and their parents eke out a living selling potatoes and turmeric.

Asria said the family members came to know of Siti Aisyah's arrest from her in-laws last Thursday, but they received no other information since and no visits by any authorities until two days ago.