The KL International Airport 2 (klia2) here was the focus of the media, triggered by stories about the arrival of the son of Kim Jong-nam in Malaysia today.

AirAsia AK8321 flight from Macau, which was believed to have been boarded by Kim Han-sol, landed at 7.33pm but he was not seen by the horde of about 100 pressmen who had waited since 6pm.

They had zeroed in on locations, namely, the international arrival hall and the VIP lane and tried to chase individuals who looked like Han-sol but ended up disappointed.

At about 9pm, a cameraman succeeded in recording a young man in black hat and face mask exiting the arrival hall but it could not be ascertained if the man was Han-sol when he suddenly disappeared. 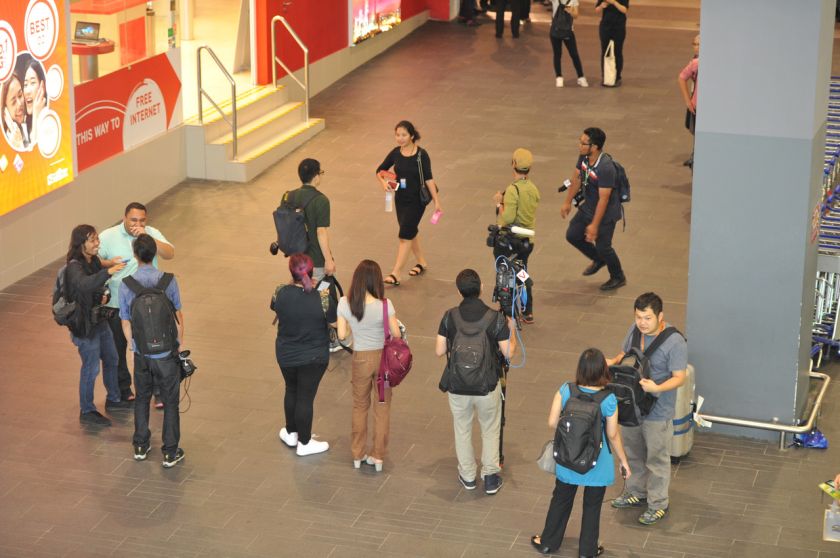 Members of the media had zeroed in on locations, namely, the international arrival hall and the VIP lane and tried to chase individuals who looked like Han-sol but ended up disappointed. — Bernama pic

The eldest son of Jong-nam was believed to be coming to Malaysia to give a DNA sample for confirming the identity of Jong-nam and claiming the body.

Prior to this, Malaysia had rejected an application by North Korea to bring home Jong-nam's body.

Inspector-General of Police Tan Sri Khalid Abu Bakar had stressed that police needed a DNA sample from the next-of-kin of the victim to complete investigations and that the body would only be handed over to the next-of-kin.

Jong-nam, half-brother of North Korea's Keader Kim Jong-un, died on Feb 13 while on the way to the hospital.

Prior to that, he was at KLIA2 to catch a flight to Macau when he was attacked by two women one of whom clamped a cloth, believed to have been soaked in poison, over his face. — Bernama