Riad Asmat (pic), who will take over from Aireen Omar as budget carrier AirAsia Bhd’s chief executive officer (CEO) on Jan 10, has a fear of heights. 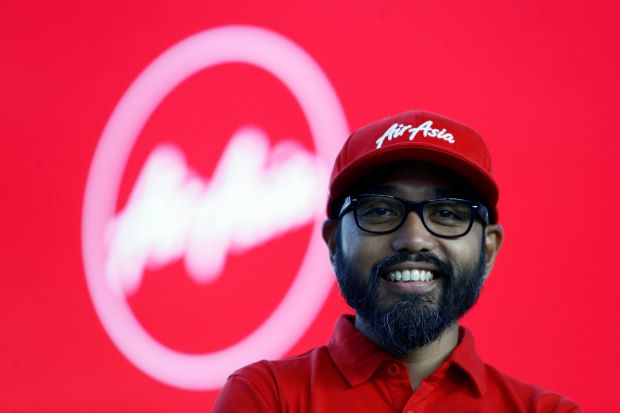 He told StarBiz that AirAsia group CEO Tan Sri Tony Fernandes had forced him to slide down the fourth floor of the RedQ complex to the podium where Fernandes was making the announcement on his appointment.

“You have to slide down or you are fired,” Fernandes said jokingly.

“My biggest fear is heights,” Riad, 46, said. Notwithstanding that, he gamely slid down the chute which doubles up as a staircase at the AirAsia head office in klia2 with a huge grin on his face that was duly captured by the media yesterday.

Riad, a father of three, recalled that “the last time I walked on Langkawi SkyBridge, my toes were sweating and that is why I don’t get on roller coasters”.

Said Fernandes:“I see Riad as someone with good experience and one who understands our culture.

He is a stickler for details and that is important to us. More importantly, he is a people’s person and mixes around well even with our ramp boys and crew.

“He also has good understanding of (air) regulations, and hopefully, will be able to convince the industry regulators that one size does not fit all.”

Despite his fears, Riad is looking forward to his new role and said this was an opportunity for him to learn, adding that “I am a fast learner and hope to improve on regulator (interaction)”.

Before joining AirAsia, Riad was the director of corporate planning, strategy and business development at Naza Corp Holdings Sdn Bhd. and prior to that, president/CEO of Caterham Automotive in Britain.