The government has extended the 30-year concession contract of Express Rail Link (ERL) for another 30 years, the Dewan Rakyat was told. 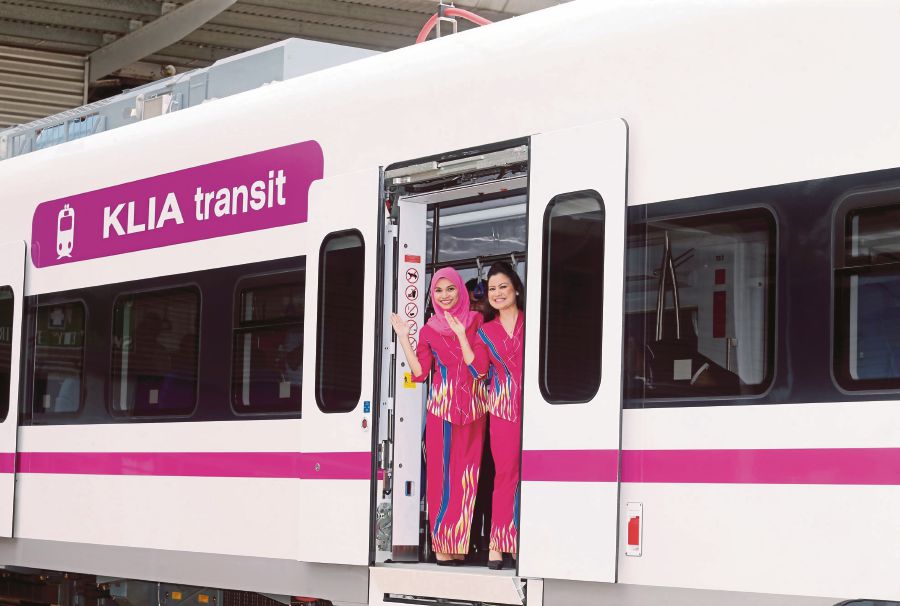 (File pix) The government has extended the 30-year concession contract of Express Rail Link (ERL) for another 30 years. Deputy Transport Minister Datuk Abdul Aziz said the extension was given as the government had turned down the request to review the rail fare on three occasions.

ERL is the operator of KLIA Ekspres and KLIA Transit train services that connect Kuala Lumpur International Airport (KLIA) to the city centre.

The company, with YTL Corp Bhd and Tabung Haji among its shareholders, was awarded the concession on August 25 1997 to finance, design, construct, operate and maintain both rail services for 30 years.

Deputy Transport Minister Datuk Abdul Aziz said the extension was given as the government had turned down the request to review the rail fare on three occasions.

"Under the initial 30-year contract which expires in 2029 (from 1999), ERL is entitled to a fare review every five years.

"As we did not allow them to increase the fare, they ought to be compensated, and hence we extended the concession by 30 years," he said during the Minister's Question and Answer (MQT) session on Wednesday.

At the same time, the deputy minister said ERL has pocketed more than RM740 million in passenger service charges (PSC) since it started operation in 2002.

It had received a total of RM741,234,205 from Malaysia Airports Holdings Bhd (MAHB) as of September this year.

On the number of passengers, he said ERL has an average of 5.46 million passengers a year.

"However, the numbers took a dip in 2016 and went down by 19 per cent to 8.9 million passengers following a fare increase,” he said in reply to Tan Sri Khalid Ibrahim (Independent-Bandar Tun Razak).

The deputy minister added that ERL had suffered losses for six consecutive years from 2009 to 2014.

ERL has not been able to make money because of the low fares and high operating cost, despite having achieved significant results since its services were extended to Kuala Lumpur International Airport 2 (klia2) in 2014.

Under a 30-year concession agreement signed in 2002, RM5 from the airport tax for each KLIA international passenger has to be paid to ERL whether the passenger uses the ERL or not.

MAHB has been paying this RM5 and RM1 per person charge to ERL since April that year for outbound international and domestic passengers respectively.

The project was implemented at the cost of RM2.4 billion.

Cruising at a top speed of 160kph, the KLIA Ekspres is the fastest rail travel service in Malaysia, with a 99.7 per cent on-time service performance.

The total journey time between KL Sentral and klia2 is 39 minutes.