FIVE years following the disposal of its investment banking and securities business, ECM Libra Financial Group Bhd has finally identified the hotel business for the group to diversify into.

The group sees potential in the industry as it thinks the hotel business can deliver attractive returns if the projects are executed correctly, shares Gareth Lim, a board member of ECM who is also CEO of Plato Capital Ltd Group. Singapore-listed Plato has a 19.78% stake in ECM and Gareth’s father, Lim Kian Onn, is a controlling shareholder of both companies. 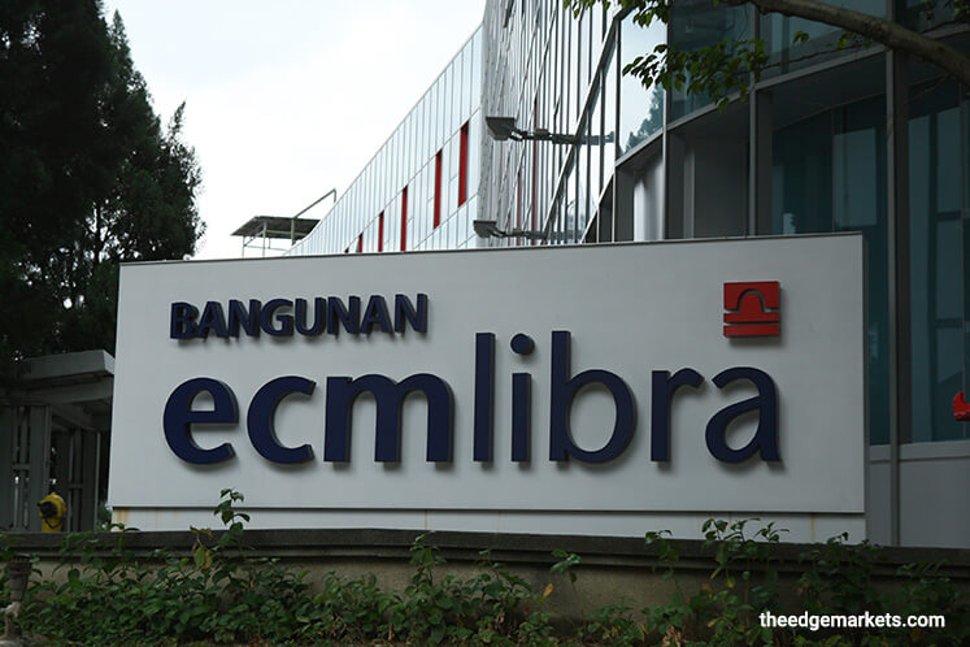 “We have been involved in the hotel business since 2006 through Tune hotels. Looking at it over the cycles we have been through since, there are very few businesses that can deliver two to three times equity,” Gareth tells The Edge in an interview.

“We are comfortable because we have been involved in this business now for 11 years in one shape or form, and we have seen the peaks and troughs. From a Plato perspective, hotels provide the strongest return … we’ve been involved in so many different investments, but the hotel business is the one that is driving the earnings.

“So if you develop and execute the hotel right, you can get pretty attractive returns. On top of that, in the interim, you can get the power of cash flow that these assets will spit out. Based on the Tune Hotels model, Ebitda (earnings before interest, taxes, depreciation and amortisation] margins can be between 40% and 60%, depending on location. If you look at properties that we have developed organically and sold, such as in London, Melbourne and Edinburgh, the lowest equity multiple was two times and highest is closer to four times … those are pretty attractive returns,” he says.

While they see potential in the hotel business, Gareth says they do not expect to see earnings contribution from it anytime soon as the group needs to “reposition” its product offering and place in the market.

Mark Lankester, CEO of Real Estate & Partnerships of Tune Hotels, chimes in, “There is significant potential in the acquired assets but we will need to refurbish the properties alongside the product revamp to rebuild the margins. We are buying potential here. Our overseas experience has shown us where the gaps are and how to realise the potential best, and we want to replicate that here in Malaysia.

“In the current form, our Malaysian properties need to perform better. We need to relook the product offerings of our hotels to cater for what the market wants today.”

However, Lankester says it is still early days for the exact plans and can only confirm that there will be changes to the current product offering.

“Moving forward, we will be looking to acquire properties outside Malaysia to add to the current portfolio, and we can expect to see earnings by 2020 when the Melbourne asset comes on stream and the revamp of the Malaysian hotels is complete,” he reveals.

On May 4, ECM announced the proposal to acquire a 50% stake in the subsidiaries of Singapore-based TP Real Estate Holdings Pte Ltd (TPRE). Following this, ECM would own half of TP Sepang Sdn Bhd, TP Hotel (Flinders) Trust (TP Flinders), TP International Pty Ltd and Yummy Kitchen Sdn Bhd for RM57.67 million via issue of 160.21 million new ECM Libra shares at 36 sen apiece (see chart 1). However, its proposed stake in TP Flinders was reduced to 40% in a June 21 announcement following the entry of new investors into the latter.

TP Flinders owns a two-storey building in Flinders Lane, Melbourne, which it intends to develop into a hotel. TP Sepang holds a 17-year concession to construct and operate Tune Hotel klia2 in Sepang.

Yummy Kitchen owns the Glasshouse Café at Tune Hotel klia2, and has been providing food-catering services for the AirAsia lounge at klia2 for a tenure of three years since November 2016.

It has also entered into a collaboration with Tune Hotels.Com (BVI) Ltd to further enhance, promote and develop new franchisees of the Tune Hotels brand after the completion of the proposed acquisitions from TPRE.

Kian Onn and another substantial shareholder of ECM, Datuk Seri Kalimullah Hassan, are both directors of Nobleman with an effective interest of 40% and 60% respectively.

When asked why the related companies are divesting the assets to ECM, Gareth says the exercise is to align interests within the wider ownership group.

“We are bringing the hotel assets under one umbrella. Additionally, by aligning everyone into a listed vehicle, there will be access to the capital markets and balance sheet behind the group. This exercise is also to help diversify the income of ECM,” he adds, maintaining that the group’s core business will remain in asset management and financial services. As at Dec 31 last year, the group managed about RM4.4 billion of assets.

“If you look over the past two to three years, ECM has been opportunistic and went into investments outside financial services such as hard disk manufacturing with the Eng Tek Group and education with Epsom College in Malaysia. This entry into hotels is another limb, but the core is still asset management,” he points out.

For the 11 months ended Dec 31, 2016, ECM recorded a net profit of RM6 million, down nearly 100% from RM11.2 million for the previous 12-month period ended Jan 31, 2016 (the group changed its financial year end). This was mainly due to the lower level of contribution from gain on disposal of securities and interest income from deposit placements with financial institutions following a distribution exercise that was completed in FY2016 returning RM286 million to shareholders and reducing the share capital to RM34.4 million from RM268.2 million.

Its current earnings pale in comparison with what ECM used to make.

The group did divest its investment banking business and the operating landscape has turned challenging for the asset management industry.

Currently, the financial performance of the group is exposed to fluctuations in the financial markets, admitted ECM in its May 4 announcement to Bursa Malaysia. “The proposed acquisitions will enable the group to diversify its revenue and earnings stream into a new business area that has potential for growth, while leveraging Tune Hotels’ existing and established hospitality franchise,” it stated.

It added that from the proposed acquisitions, the board anticipates contributions of 25% or more of the net profit of the group and/or a diversion of more than 25% of the net assets of the group.

When asked how much investment they are planning to pour into the hotel business, Lankester can only say it is still “early days”.

The focus right now, Gareth adds, is to get the assets that they are acquiring right.

“The key now for a hotel business is knowing your customer. You cannot try to be everything to everyone. Which is what Mark and I are trying to do at Tune Hotels — trying to relook how we position ourselves to the market. The days of RM9 rooms and additional charges for services like WiFi and towels are over. We need to look at remaining relevant. If all we try to do is just to compete on price, then platforms like Airbnb will have us for lunch. They have the ability to add rooms at close to zero marginal cost,” he notes, admitting that new businesses like Airbnb do impact the traditional hotel business, but adds that the market is big enough for everyone.

Despite the competitive landscape, the group still believes in the prospects of the Malaysian hotel market, he says, but stresses that they need to get their offering right first.

“The aspiration here is to become a hotel operator with a larger network and footprint. We will continue to look at sites, but we don’t want to be rushed to buy into anything for the sake of buying. Given the relative returns, markets outside of Malaysia are the core thrust going forward, with a focus on opportunities specifically in Australia and the UK. We do not want to spread ourselves too thin geographically as we will not benefit from scale economies in aspects like operations and marketing.

“From experience, we do not buy existing hotels — the premiums the owners put on it don’t make sense relative to our business model. Most of the time, we buy either greenfield land or brownfield office buildings, and then develop our own hotels from there. It makes more financial sense.”

Starting off as a boutique financial services group with just 10 professionals in 2002, ECM grew and ventured into investment banking in February 2008 after it was granted the licence at the end of 2007.

When it exited the investment-banking arena in 2012, it left many wondering what was next for the group. While ECM’s core business continues to remain in asset management, what is clear is that the group wants to diversify, and hotels is the path it has chosen to take.

Will this bet pay off? Only time will tell.