It was an ordeal they will never forget. 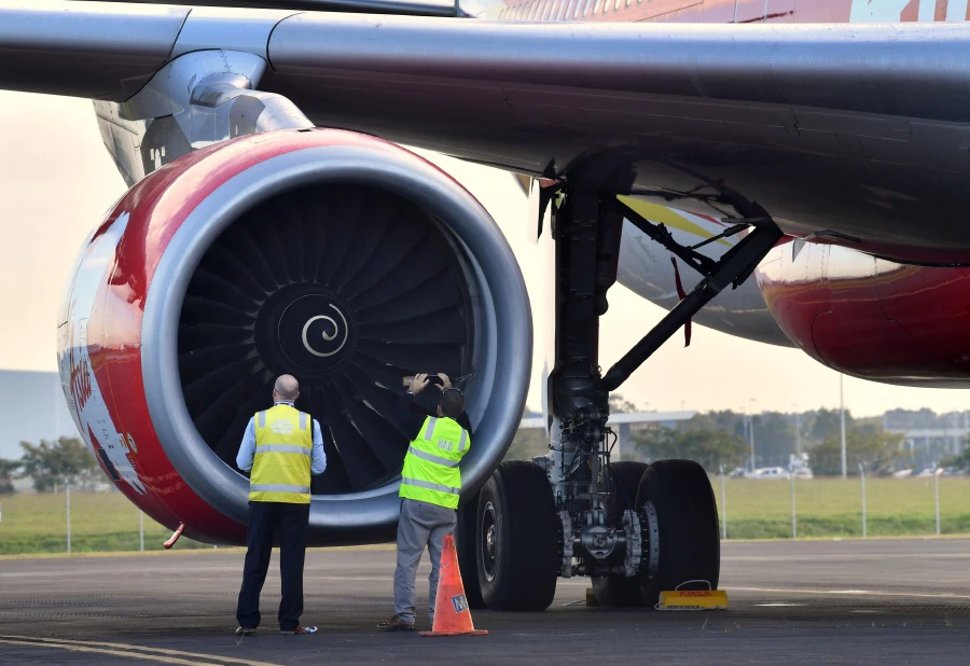 Two days later, all of them arrived home safely at klia2 around 2.20am on flight D7 689 and related their traumatic experience yesterday.

Classmates Goh Song Yong, 21, and Teh Ee Wen, 21, said shortly after takeoff, they saw an explosion on the right side of the plane.

“The cabin crew took charge and calmed us. When we landed in Brisbane, rescue teams were on standby,” Goh said.

Teh said they were relieved to be home.

He said he had won free tickets to the Gold Coast via #flytheworldchampion contest by the airline.

“I thought about the worst thing that could happen and wished I had not won the contest,” Teh said.

“You start freaking out when you hear other passengers screaming but the captain was professional and made good decisions during the journey,” he said.

Couple Badrul Azmi Jamaluddin, 47, and Rozaini Hassan, 48, had travelled to the Gold Coast with their children for their Hari Raya vacation and were on their way home.

Rozaini said it was hard to describe the feeling and experience.

“Almost everyone started crying and praying for safety. My daughters were scared,” she said.

Student Trishvinder Kaur, 19, broke down in tears as she approached her parents, Ravinder Kaur and Bhajnik Singh at the airport arrival gate.

Both her parents hugged her and whispered a prayer for her safe return before thanking the airline for looking after the welfare of those affected.

“Thank you AirAsia and staff. They made sure we were well informed about the flight's status,” Ravinder said.

On June 25, an AirAsia flight departing Perth was forced to turn back after losing one of its engines. Some of the 359 passengers on board claimed they felt like being in a “washing machine”.