The Malaysia Airports Holding Berhad (MAHB) has recorded an 18 per cent growth in its food and beverage sector as of September this year. 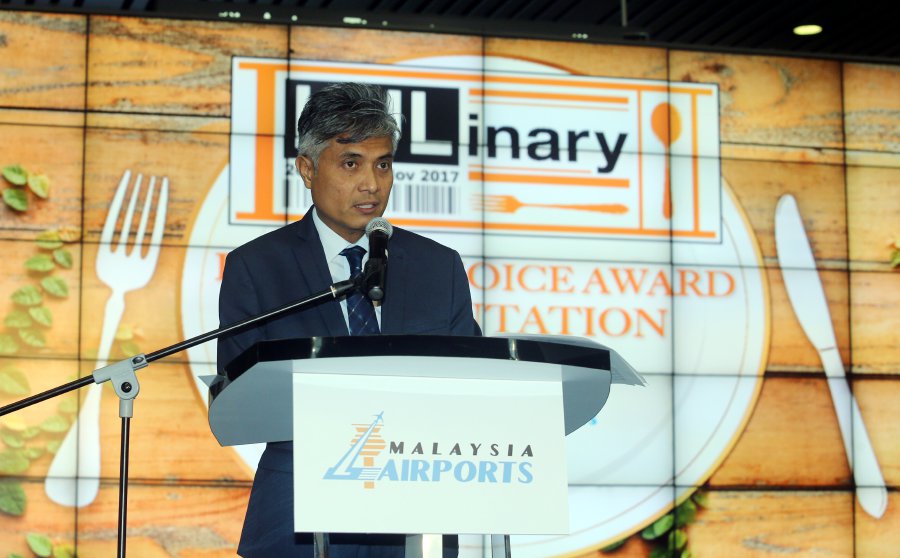 This contributed RM200 million in total sales at the Kuala Lumpur International Airport (KLIA) and klia2 and its expected to reach RM300 million by end of the year.

They contributed significantly to the double digit growth of the airport food and beverage business, he said.

"We've spoken to Alipay about what the Chinese tourists look for in us. They say our airports are an important destination for their e-wallet.

"With just a tap of their smartphones, foreign tourists can now enjoy a hassle free dining experience in Malaysian airports,” he said.

This is because 55.8 per cent and 56.7 per cent of outlets at the KLIA and klia2 terminals respectively, is linked via Alipay.

Through the Alipay in-store payment platform, customers can pay for their transactions in the Chinese yuan without having concerns on the exchange rate, and with all transactions performed in a highly secure manner.

"This is the way forward. Alipay has 500 million customers base," said Mohammad Nazli.

There are also coupons and promotional discovery alerts for tourists to know what they can get when they land in KLIA, he added.

"Introduction of other services such as the e-wallet or mobile payment has also helped to increase sales by 25 per cent and will continue to increase it further to 35 per cent – 40 per cent during shopping campaign period," he enthused.

"These promotions also provide the outlets with effective marketing support and helping to create a retail-friendly environment in which they can thrive."

From January to July 2017, the number of Chinese visitors increased by 22 per cent to 3.3 million compared to the same period of the previous year. Currently, there 470 flights per week connecting Malaysia and China.