If you spot security personnel rushing around in a hurry at klia2 today (Dec 9), fear not – it's merely an airport-wide security exercise being carried out. 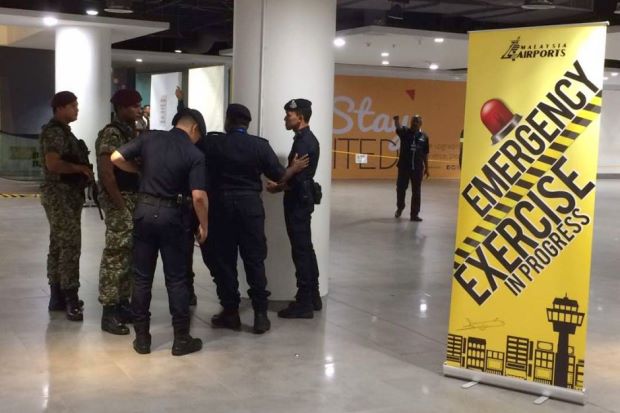 The exercise, dubbed "EX klia2 2017", was carried out by klia2 together with the police and the Fire and Rescue Department.

During a mock "press conference", KLIA OCPD Asst Comm Zulkifli Adamsah described the effect of the first scenario in the exercise – a sarin gas attack.

The "incident" supposedly occurred after six baggage handlers fainted while loading bags into a plane.

A "sweep" by the hazardous materials (hazmat) unit later revealed the cause as sarin gas.

On the exercise itself, ACP Zulkifli said that he was pleased with the results.

"We began our full-scale exercise at about 10am and should end at midnight," he said.

Two more scenarios are scheduled to unfold throughout the course of the day.