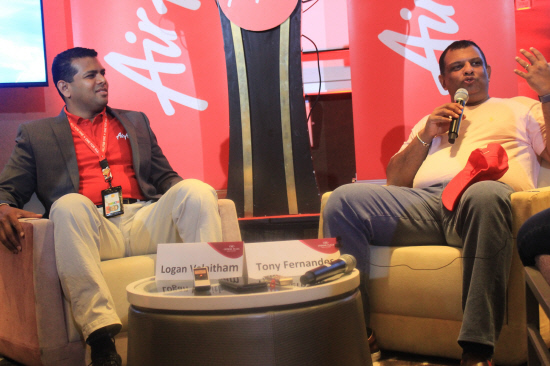 AirAsia will use data from its operations at Changi T4, which boasts the Fast and Seamless Travel (FAST) system, as an ongoing case study on how to improve LCC airport processes through greater digitalisation, with lessons from its experience at T4 to be rolled out across AirAsia Group.

AirAsia Group CEO Tan Sri Tony Fernandes said airports in Thailand, the Philippines, Indonesia, as well as Senai airport in Malaysia have started to embark on digitalisation initiatives with AirAsia. He said Senai airport is now testing the facial recognition feature and that the momentum for digitalisation is beginning, but pointed out that klia2 is far behind (in digitalisation compared with T4).

“Moving to T4 is another step in our journey to become a digital airline. We have already embarked on a series of measures to make our pre-flight, inflight and post-flight experiences better and more enjoyable for guests, from Rokki, our ‘Amazon of the Skies’ online shopping and travel 3Sixty on-ground activities to our financial product Big Pay and loyalty programme and virtual currency Big Loyalty,” Fernandes told a media conference during unveiling of the airline’s digitalisation plan.

He said AirAsia also plans to work with software company Palantir to develop a secure entry system for trusted travellers to speed up immigration at airports within Asean through collaboration with airports and government agencies, as well as improve operational, safety and commercial processes within the group by integrating data from multiple sources using Skywise by Airbus.

“Now, working with Changi Airport Group (CAG), we are moving on to the digitalisation of our airport experience. The improved savings and efficiencies from FAST align with our quest to maintain the lowest cost structure as well as our vision of seamless travel, which means lower fares for our guests and more traffic for Changi.”

In addition to the user experience and efficiencies from FAST, AirAsia will also benefit from growth incentives for new passengers and new city links provided by CAG that will allow the airline to add more flights and introduce new routes, improving connectivity with Singapore.

T4 will serve both full-service and LCCs and be able to handle 16 million passengers a year. Other airlines that operate out of T4 are Cathay Pacific, Korean Air, Vietnam Airlines, Cebu Pacific Air and Spring Airlines.

AirAsia Singapore was established in 2004 on a virtual hub model. The airline started with two flights a day to Bangkok, Thailand. Today, Singapore is AirAsia’s third largest hub, serving 40 flights daily and 280 flights weekly. Flights to and from Singapore are operated by four AirAsia affiliates – in Malaysia, Indonesia, Thailand and the Philippines – connecting a total of 15 destinations across Asean.