CCTV footage reveals the three men changed clothes and walked to the departure hall immediately after the attack at klia2.

The three remaining men wanted in connection with the killing of North Korean Kim Jong Nam remain at large, and are believed to have left the country immediately after the murder took place.

Sources told The Star that the men, aged between 30 and 50, are believed to have boarded a flight to a neighbouring country right after the killing by the two women subsequently arrested by police.

“CCTV footage at klia2, showed the suspects had changed their clothes before heading to the departure hall to board their flight.

“The suspects wore grey, purple and green clothing respectively prior to the attack.

“However, after the attack, they went to a restroom and changed before heading to the departure hall to board their flight,” the source was quoted as saying by The Star. 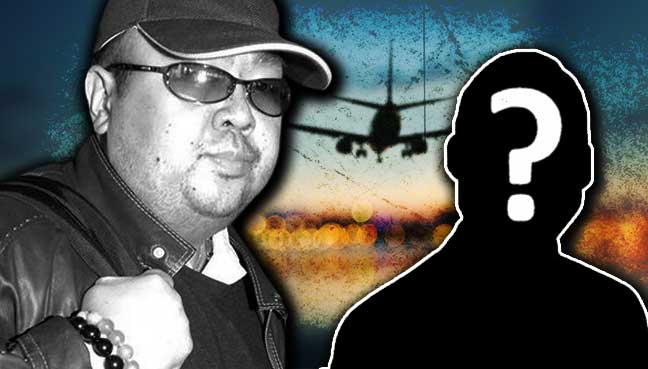 It is believed that the plan carried out by the men included their quick getaway immediately after the attack on Kim Jong Nam.

On Friday night, a fourth suspect, identified as a North Korean, was arrested at a condominium in Jalan Kuchai Lama, Kuala Lumpur. Police gave his name as Ri Jong Chol, and revealed that he has been working for an IT company based in Malaysia for at least one year.“This is a likely possibility as the two women indicated that their male accomplices were nowhere to be seen as soon as the attack was carried out,” the source was quoted as saying.

On Wednesday, police arrested a woman who held a Vietnamese passport, bearing the name Doan Thi Huong, after she went back to the same airport to board a flight to Vietnam.

Then, on early Thursday morning, police raided a room at a hotel in Ampang, Kuala Lumpur, to arrest the second woman. She was carrying an Indonesian passport which stated her name as Siti Aisyah, and that she was from the town of Serang, in a province which neighbours Jakarta.

Both the women were identified based on CCTV footage which was taken from the klia2 terminal on the day of the incident.

The third suspect in police custody is a Malaysian in his twenties and is said to be Siti Aisyah’s boyfriend.

Kim Jong Nam, who is the eldest son of former North Korean leader Kim Jong Il, arrived in Malaysia on Feb 6, and was scheduled to board a 9am flight to Macau on Monday.

While at klia2, he was approached by a woman who sprayed him with a liquid, while another woman held a cloth over his face.

He asked for help at the klia2 service counter but died on the way to the hospital.