The promotion also includes what would be written on AirAsia's boarding passes, website and promotional items.

Liow said the use of the term 'low-cost carrier terminal' (LCCT) particularly in AirAsia's boarding passes and website would confuse the people as they would go to the old LCCT instead.

"I will ask them (AirAsia) to work together with MAHB to come up with a suitable tagline for klia2 in terms of promotion. MAHB will work with them and we will come out with a good tagline and good promotion for klia2," Liow said, adding that klia2 will also be promoted as one of the low-cost carrier hubs in Asia.

He was speaking to reporters after doing a walkabout at klia2 and launching the iWalk walkalators in the terminal today.

Commenting on the meeting, Liow said AirAsia has proposed to make klia2 as a low-cost carrier (LCC) hub in Asia.

"I have said that as long as the proposal is good for Malaysia, the government and MAHB will support the initiative," he said, adding that both parties will iron out their differences and work together.

Although klia2 will have a new promotional campaign, the terminal's name will remain as it is.

Liow also said the government has been in support of the LCC from day one which resulted in AirAsia's massive growth, becoming the biggest budget airline in Asia. 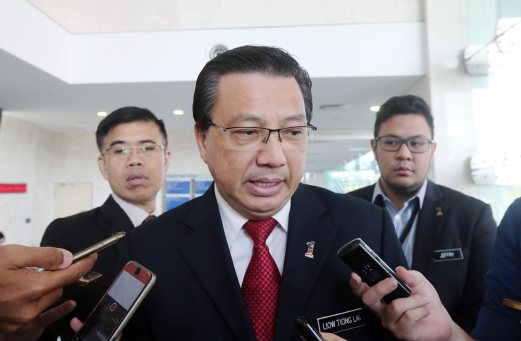