A leading aviation official has called for a uniform passenger service charge (PSC) for the main terminal in Kuala Lumpur International Airport (KLIA) and klia2. 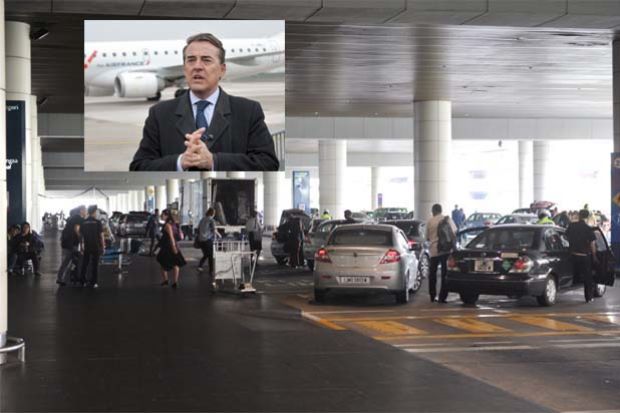 De Juniac:(inset filepic) ‘Our members do not understand why there are different rates for both the two terminals when the airports have the same facilities,"

De Juniac urged the authorities to consider lowering the rate for the main terminal, better known as KLIA, to match that of klia2 which he described as an amicable solution for passengers and airlines, rather than raising the PSC rates.

“The solution is to decrease the PSC charges at the KLIA to resolve the issue. Bring the rate down, it should be the same level at klia2.

“Our members do not understand why there are different rates for both the two terminals when the airports have the same facilities and there is no difference in the infrastructure … both are state-of-the-art. It will be a pity for the Malaysian tourism sector if it is raised,” he said in Kuala Lumpur recently.

He said parties should look to bridge the gap or else it would be detrimental to the market.

On suggestions for a special rate among Asean countries, he said that it did not make sense.

“You not addressing the issue with one rate … it does not make sense.”

For several months there has been market talk that the PSC rates would be raised and the task is in the hands of the industry regulator, Malaysian Aviation Commission, which had said it would make an announcement by year-end.

Reports have emerged that there were plans to have one rate for Asean market and towards this end, the klia2 rates may be raised.

So far, AirAsia Bhd has been vocal in saying that it was not in favour of a hike as an increase would have an impact on passenger travel and its business.

Malaysia Airlines Bhd, on the other hand, wanted rates to be standardised so that there was a level playing field and it had threatened to fly some of its routes out of klia2.

The issue is over the RM33 price difference between the main terminal and klia2 for international passengers. The RM33 charge is over US$8 per customer and most airlines’ average profit is less than US$8 per customer, hence, the RM33 difference is the key in making the economics of the route development work.

“It is distorting the market as the US$7 to US$8 is enormous for LCCs. So it is better to reduce the tax at KLIA so that more can benefit,” said de Junaic who also felt there was no need for a dedicated low-cost air terminal.