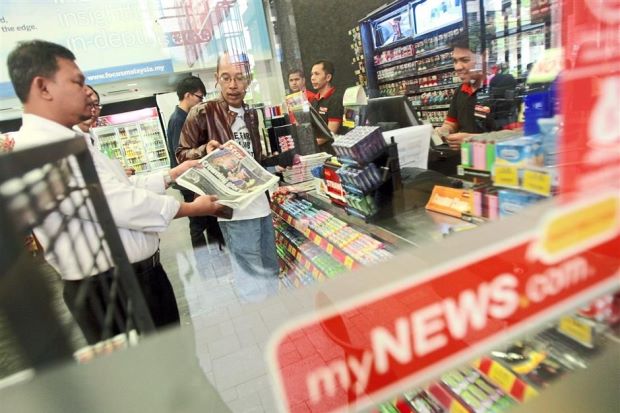 PublicInvest Research has accorded a fair value of RM1.15 to Bison Consolidated, which operates press and convenience retail chains in Malaysia, based on 25 times FY16F earnings per share (EPS) of 4.7 sen.

The research house said on Friday its fair value of RM1.15 implied an upside of 4.3% from its IPO price of RM1.10. Its FY16F earnings growth is supported by network store expansion of new outlets and better product sales mix such as fresh foods with higher margin.

Bison Consolidated, which is set to be listed on March 29, is expected to raise RM88.7mil from the new issuance of 80.6mil shares.

The group is involved in the business of press and convenience retail chains in Malaysia under trade names of “myNEWS.com, “newsplus”, “MAGBIT”, and “THE FRONT PAGE”. It also operates “WHSmith” outlets within Malaysia’s international airports.

Presently, the group operates 255 outlets across Malaysia. According to an independent assessment done by Smith Zander, Bison is the second largest retail convenience store industry player in Malaysia with a market share of 8.6% based on the number of outlets and 6.6% based on revenue in 2015.

Bison Consolidated expects to increase its outlets by 115 units over the next two years to boost its revenue, focusing on “myNEWS.com” as the main trade name. There are plans to set up another distribution centre in the medium term to improve its warehouse efficiency and cost effectiveness. On the cards is to expand the outlets by franchising “myNEWS.com”.

However, PublicInvest Research said the company was highly dependent on the “myNEWS.com” brand value, reliance on major tobacco suppliers and also any disruption in logistics and distributions would affect its operations.

Meanwhile, CIMB Research has placed an indicative equity fair value range of RM464mil to RM581mil for soon-to-be listed Bison Consolidated. This indicative value translates into a valuation of between RM1.49 to RM1.87.

The research house said it derived the value by using P/E methodology, where it asribed P/Es of 25 times on the high-end of the valuation and 20 times on the low end, based on its FY17 earnings forecast for Bison.

“The lower end of the equity value range is based on a 20% discount to the implied forward FY17 P/E of its closest listed peers, 7-Eleven Malaysia Holdings Bhd,” CIMB said.

It explained that the discount was mainly to reflect the group’s smaller market cap and market share in the retail convenience store industry.

CIMB Research said higher end of the equity value range was in line with the forward P/E of its peer to reflect Bison’s superior two-year earnings CAGR and higher net margins.