The urgent need to upgrade the 15-year-old KL Sentral, which has seen much wear and tear, has been underscored by the transportation hub being denied a fire certification.The three transport operators there failed to comply with the Fire and Rescue Department’s requirements. 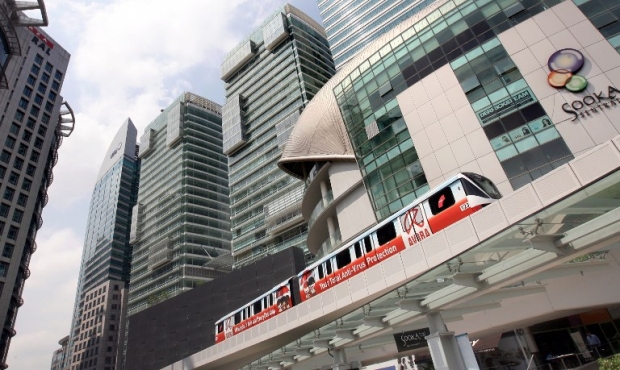 Keretapi Tanah Melayu Bhd (KTMB) did not state in its original plan that a bazaar would be located in its working area.

Rapid Rail Sdn Bhd, which operates the Light Rail Transit (LRT) service, had allowed a fire exit to be locked.

Department personnel on a recent visit found a turnstile at the entrance to the LRT failed to open when the fire alarm was triggered.

Express Rail Link Sdn Bhd, which operates a service to KLIA and klia2, fell short of safety laws when checks found a faulty fire panel in its working area.

The four management bodies look after specific areas in the hub, with Semasa Sentral Sdn Bhd (an MRCB subsidiary) running the common area in the building that was built in 2001.

Malay Mail, which had visited the hub earlier to ascertain if conditions and facilities were abreast with commuter requirements, found it lacking in several aspects.

The newspaper alerted Aziz, who made the trip to see conditions for himself.

It is understood MRCB had complied with fire safety requirements but the hub was denied certification because the other management bodies had failed to do so.

The department only issues one certification covering all sections of the building.

Aziz said the station needed repairs to meet the needs of commuters who had grown from 80,000 at its opening to 160,000 today.

He said he will raise the matter with the Economic Planning Unit (EPU) in the Prime Ministers Department for allocations to upgrade the hub.

“I understand an application has been made to EPU. I will check on its status and impress on the urgency of the matter to EPU. We will do it as soon as we can,” he said.

He said the Transport Ministry will help facilitate the upgrade as it owned the building.

“We will work with all stakeholders to ensure services at KL Sentral are in keeping with current needs,” he said.

On security, he said features such as CCTVs which had not been upgraded since the building was built, needed to be looked into.

He said the cameras were necessary to be prepared for potential terrorist threats.

“We have four rail operators and taxis and buses operating here, with thousands of commuters entering and leaving the station daily. We need to upgrade facilities to keep in tandem with current needs,” he said.

Aziz said there was also a need for synchronised security counter-measures, with the operators working together on keeping the station safe.

He said the hub needed a single management which was familiar with the station to run the place.

“There are four concessionaires in this terminal. We need to reorganise the management. We can’t have too many bosses here,” he said.

Aziz said the concessionaire’s agreement with the ministry was due to expire at the end of the year.

“We need to upgrade the security system here, such as replacing the current CCTV with better quality ones and installing more cameras. I also see a need to create a centralised command control,” he said.

There are only 192 CCTV cameras at the station.

Aziz said he understands the number of commercial outlets at the hub needed to be reduced to allow more space for commuters.

“This is how crowded the place has become,” he said.