Peter Bellew started his first day as the new chief of Malaysia Airlines Bhd (MAS), saying he wanted a move. 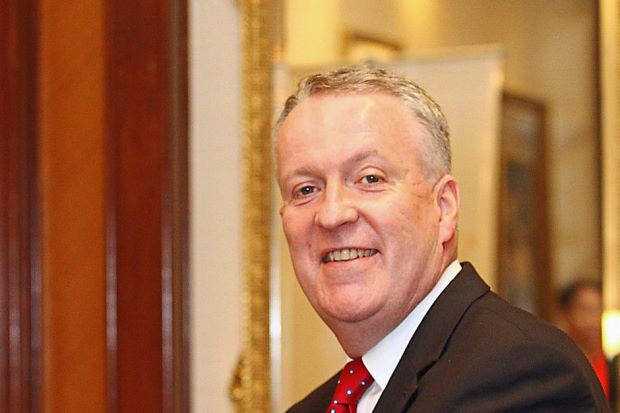 He wants to move part of the airline’s operations to klia2 to cut cost.

He also promises to pass the savings to travellers in the form of lower fares.

Over the next 12 months, MAS will have a new website, mobile app, trade reservations system and airport equipment.

It will also start new routes from various Malaysian airports to new Asean destinations and focus on marketing itself globally again.

Bellew was appointed group managing director and CEO of MAS effective July 1, taking over from Christoph Mueller, who leaves the airline on Sept 1. Mueller is on leave from yesterday.

It was a busy first day at work for Bellew.

He started early and had three town hall sessions with staff to assure them that the job to fix MAS will be done.

“Airport costs will be an imme­diate focus and we are planning to operate some leisure flights from klia2 in 2017 where costs are lower by RM33 per passenger or RM5,412 per flight than the main KLIA terminal.

“With one flight daily, this will result in savings of RM1.975mil a year.

“We will pass these savings to customers with lower fares.

“Each and every cost will be minutely checked daily without affecting any quality,” Bellew said in his first statement issued to the media yesterday.

He said the digital experience when booking with MAS in the future would be different with significant investment being made this and next year.

“From choice of seats to the quality of nasi lemak to the time of travel, we need to ensure the needs of each guest with different indivi­dual preferences is met,” Bellew said.

MAS has been losing money for some years now and suffered two major air disasters in 2014, which threw it into a tailspin.

After a global search, Mueller was hired to turn the airline around, but he decided to quit two years ahead of the end of his contract.

Mueller is said to be joining the world’s largest airline, Emirates, as its chief technology officer.

Bellew has made it clear that MAS would remain focused on the turnaround, and the focus will be to fly smarter, reduce cost, fix all that needs to be done and ensure succession planing.

“We will work to ensure we have a large group of Malaysians trained in the next three years who are capable of leading the airline through 2030,” Bellew said.

He added that the turnaround initiatives were working and for the first quarter (January to March 2016), the performance indicators were on track with yield up by 23.4% and cost down by 32.9%.

The RM14mil profit for the first quarter was the first for the airline in many years. In the past, pilfe­rages and redundancies were a common feature at MAS.

Bellew said that “saving money does not mean compromising on safety or on our products and services.

“It simply means we need to increase productivity and efficiency, invest in modern technology, enter into mutually beneficial partnerships besides identifying and mitigating risks early.”

But, he added, “we will stop doing things that lose money.”

“A lot has been done, the profit seen in the last quarter shows that the financial gap between revenue and cost has significantly closed, which tells us that we are on the right trajectory.

“We need to move quicker and more aggressively to keep up the momentum,” he said.