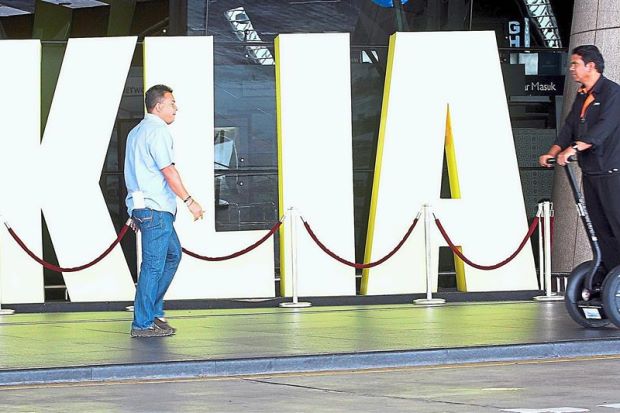 The airport operator’s busiest airport the KLIA, maybe one of Asia’s principal passenger hubs, has seen great success for more than a decade but its vision goes beyond just a point where people fly to.

MAHB announced early this week that it was planning to develop 1,000 acres of landbank near its airports, with the potential of generating RM7bil in investments over five years.

The the world’s second largest airport operator by passengers will be using different models to develop the projects.

“We could do it on a JV basis like the Mitsui Outlet Park. We could also do a straightforward concession. We may also need to build on our own,” Badlisham said.

The detailed plan of KLIA Aeropolis would be announced on May 23.

MAHB has also been granted an extended land lease of 60 years on a rolling basis for the KLIA land, which includes areas earmarked for the KLIA Aeropolis.

This could be a game changer for the airport operator when its property and whole masterplan is ready.

Mitsui Outlet Park KLIA was opened in May 2015 and will be a pace-setter for the project.

Already, MAHB has seen some early successes with its overall plan with the Gateway@klia2 shopping mall already drawing more non-passengers to the airport and its vicinity.

In the first quarter 2016, more than half 50.7% of MAHB’s revenue is derived from non-aeronautical (RM451.2mil) and non-airports business segment (RM64.8mil) collectively, when compared to its aeronautical revenue.

According to analysts, MAHB has planted most of the unutilised land bank with palm oil plantations and the investment has paid off handsomely in terms of revenues to the group.

It is now in a position to substitute the plantations with higher value commercial, retail and other asset classes.

Its KLIA Aeropolis landbank could be worth more than RM2bil, analysts say.

While MAHB remained mum on details of the Aeropolis, some analysts say MAHB has started work.

Since the opening of KLIA in 1998, several projects have already been completed and will provide synergies with the Aeropolis vision.

The Sepang Circuit is now an established venue for international sporting events including the Formula One World Championship and MotoGP.

A number of hotels have been developed in and around KLIA to accommodate a burgeoning population of visitors and tourists, transfer passengers and airline crew, with more to follow.

That could be a game changer for MAHB as this development would enable MAHB to diversify its earnings.

KLIA Aeropolis is one of the thrusts of the new business plan to diversify operations in the 100-sq-km landbank.

The business plan, entails growing the annual number of passengers it handles by 35% to 155 million and its revenue by 94% to RM7.5bil by 2020. It is also targeting an earnings before interest, tax, depreciation and amortisation to grow 90% to RM3bil from RM1.6bil last year.

RtS2020 is centred on two main thrusts – to strengthen the core business and to expand and diversify operations.

In doing so, MAHB will focus on four strategic priorities – elevating KLIA as a preferred Asean hub; enhancing total airport experience for all its stakeholders, developing Aeropolis as well as increasing its international footprint.

RtS2020 is a follow through from the airport operator’s earlier five-year business plan, Runway to Success 2010-2014, which saw MAHB become the world’s second-largest airport group in terms of number of passengers handled.

The airport operator will be looking for opportunities in emerging markets in the Asia-Pacific region and the Middle East, as well as Europe to offset risk.

On the domestic front, RtS2020 will drive growth by promoting the country’s main gateway, KLIA, as the preferred regional hub.

Based on a projected growth of 7% annually, the two airports are expected to receive 69 million passengers in 2020.

“In our view, RtS2020 demonstrates a relatively steady mid-term growth plan for MAHB’s currently owned airports. Its passenger growth targets, for example, are still within reach of near- to mid-term capacity limits both for Malaysia and Turkey. As such, key capex or earnings surprises, if any, are likely to come from larger Aeropolis developments or foreign airport investment opportunities instead,” AllianceDBS Research says.

Maybank Investment Bank Research has upgraded MAHB to “hold” from “sell” with a higher target price of RM7.10.

“We upgrade MAHB to a hold with a revised discounted cash flow-based target price of RM7.10 on stronger than thought earnings resilience, robust Istanbul operations and also, improving accounts transparency spearheaded by the management. Unfortunately, we were late to foresee the improving outlook and the market was ahead of us as the share price have already soared by 22% since the beginning of the year,” it says.

MAHB has it fair share of problems earlier as it stocks took a hit, airlines pulling out, and an arbitration claim.

Things are, however, improving for the airport operator. It is now planning to extend its concession agreement of 25 years with Petronas Dagangan Bhd’s unit Kuala Lumpur Aviation Fuelling System Sdn Bhd rather than paying the compensation of RM456mil detailed in the arbitration proceedings.