Malaysia Airports Holdings Bhd (MAHB) is currently seeking advice from the operator of the fuelling aviation system, KAFS Sdn Bhd, on the rectification works of a ruptured fuel line at klia2. 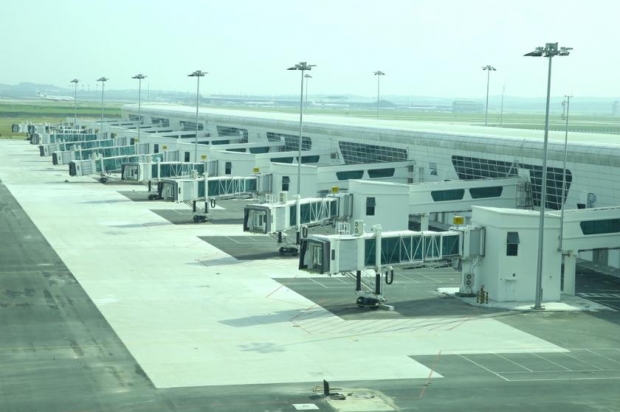 MAHB said an incident which happened at klia2 during the scheduled pavement maintenance work at Gate P10 had affected the fuel pipeline at several aircraft parking bays at Pier P. — Picture by Saw Siow Feng

“We will provide further updates as to when the situation can be resolved,” the airport operator said in a statement today.

MAHB said it had immediately assessed the situation and called for an emergency briefing with all relevant stakeholders including the airlines to inform them on the mitigation plans.

“The plans include refuelling via bowsers and relocation of gates for some of the flights.

“Passengers may experience some inconvenience resulting from flights delays, as well as, some bussing services activation which is needed to ferry passengers to aircraft parked at remote bays.

“Only passengers travelling on AirAsia X are affected,” it said.

MAHB said an incident which happened at klia2 during the scheduled pavement maintenance work at Gate P10 had affected the fuel pipeline at several aircraft parking bays at Pier P.

It said this maintenance work is part of the ongoing maintenance programmewhereby grouting injections at 65 locations have been performed since August 2015.

“The contractor responsible for the maintenance work has accidentally ruptured the fuel pipeline while performing the grouting injection at Gate P10 earlier today.

“This has caused the hydrant refuelling at the affected wide body bays to be unserviceable,” it said. ? Bernama