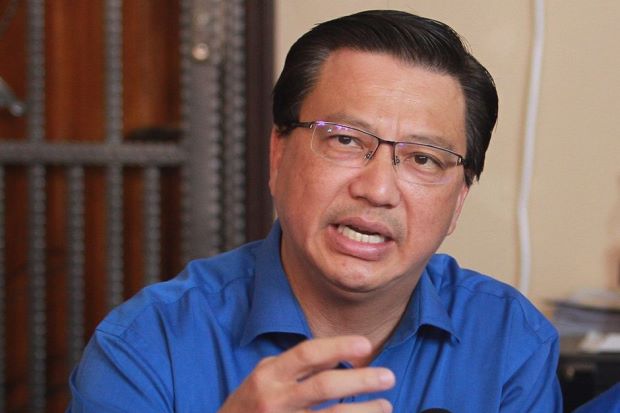 “In the International Air Transport Association, klia2 is registered as part of KLIA’s official code, namely ‘KUL’. It is neither necessary, nor practical, nor accurate to rename klia2. Names should not be changed for the sake of changing.

“Furthermore, the brand name klia2 has been in use since its inception, for two years now,” he said in a statement on Wednesday.

Liow added that both KLIA and klia2 as well as the upcoming KLIA Aeropolis were crucial to develop an integrated, connected and competitive KLIA Hub system.

“All parties in the aviation sector must collaborate and work together for the benefit of Malaysia and all Malaysians,” said Liow.

He said that the Transport Ministry acknowledged AirAsia’s intention to brand klia2 as a low-cost terminal as part of their efforts to bring in more travelers to Malaysia.

“We are open to hear from them what proposals they may have in place in order to position klia2 internationally as a leading low-cost terminal to spur the nation’s tourism and aviation industries.

“Indeed, we (the Government) are committed to continue supporting and providing such incentives to encourage the growth of Malaysia’s low-cost airlines sector,” he said.

On Tuesday, AirAsia chief executive officer Aireen Omar said the group would embark on a rebranding campaign to rename everything it could to LCCT2, from promotional materials to its website, tickets and even taxi services.

She said she knew this would be in defiance of the landlord, Malaysia Airports Holdings Bhd (MAHB), which shot down the plan last week.

AirAsia was forced to relocate its operations to klia2 from LCCT in 2014, despite its claims that the new building was rife with security and construction problems.

Since then, Aireen claimed the airline’s growth had been stunted as the airport’s design and check-in system was not allowing it to accommodate larger volumes of passengers.

She also described the new airport as “beyond repair” with ponding, sinkholes and cracks costing the airline “hundreds of millions” of ringgit to upkeep operations.