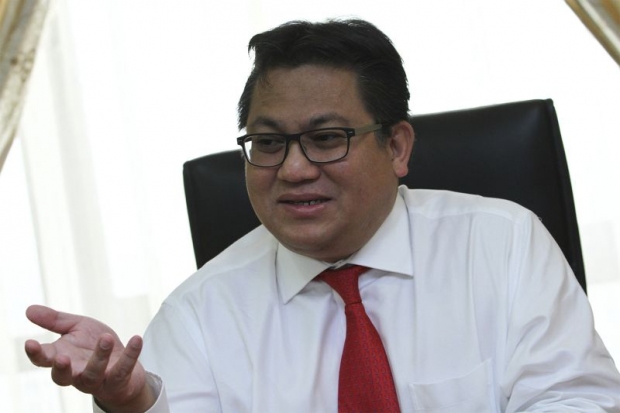 Nur Jazlan said the faulty myIMMs system had allowed easy access to people to enter the country through KLIA and klia2. – Picture by Yusof Mat Isa

An inspection of IT equipment used to identify foreigners entering the country at KLIA left Deputy Home Minister Datuk Nur Jazlan Mohamad surprised with the many loopholes he found.

Nur Jazlan said this included the reliability of the Malaysia Immigration System (myIMMs) itself that was frequently breaking down, putting the integrity of government officers on duty at the airport and the facial recognition system in doubt.

“I want the problem fixed immediately,” he told reporters after his visit yesterday.

He said the faulty myIMMs system had allowed easy access to people to enter the country through KLIA and klia2.

“I looked at the problem of the Immigration system that has been operating for close to 20 years,” he said.

“In between, it was upgraded several times and yet it ‘hangs’ so often. Even this morning, it was down for an hour. I think this is not acceptable for the company as the problem is recurring.”

Asked how many times it occurred in the recent past, he said: “Too many times”.

Nur Jazlan also reminded the Immigration Department to ensure their officers entered the information that was obtained manually when the system was “down” into the system on the same day.

“This is now not being done,” he said. “Today, I have made it clear it must be updated on the same day.”

On the facial recognition system, he said: “I saw it for myself the percentage of verification is still not 100 per cent and therefore travellers still have to go through the normal finger print verification.

“We are just finding out about this now. We will see how we can improve it until it’s 100 per cent.”

Nur Jazlan said the ministry was also vetting the integrity of Immigration officers at the counters.

“Psychology techniques will be used to evaluate their suitability of their integrity in such high risk positions before they are placed there,” he said.

“The SOPs for counter staff are in place but the problem arises when the system is down and they have to do checks manually.”

He said the number of unrecorded foreigners into the country was not big, but it was “a dangerous matter”.

“Even if it is only one person it is already a danger to the country because if you let in one, two or three terrorists they can do a lot of havoc,” he said.

On the two Immigration officers arrested in a recent operation on suspicion of human trafficking, he said investigations were ongoing.