Unlike those in the peninsula, the people in Sabah and Sarawak cannot travel to Kuala Lumpur by car, bus, taxi, or train, says Sarawak DAP. 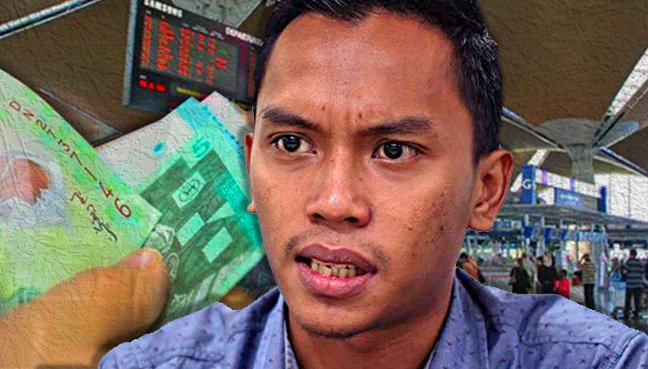 “We are already heavily burdened with expensive domestic travel,” said Abdul Aziz Isa, special assistant to the Bandar Kuching MP, in a statement.

He added the Federal Government should reconsider the decision in the interest of the people of Sabah and Sarawak, especially in the domestic sector.

The statement expressed the hope that the Federal Government would put the nation’s long-term interest, the people and jobs first.

The minimum wage in Borneo is already lower than that in the peninsula, despite higher living costs, it said.

“The new taxes will hit the lower-income group.”

“Higher taxes would be a direct burden on the people.

“It would mean air travel will become more expensive overall and reduce demand.”

Air fares for domestic travel, especially for rural air services, are already expensive and “the increase in PSC will make it worse”.

“Unlike those in the peninsula, we cannot travel to Kuala Lumpur by car, bus, taxi or train.Flying is the main form of transportation from Borneo, the DAP activist pointed out.

“If the air fare is expensive, those in the peninsula have alternative means of transportation.”

The people in Limbang and Lawas, for example, travel by air to other parts of Sarawak, continued Abdul Aziz.

“Travelling by road to even Miri takes such a long time.”

He had several complaints as well about MASWings which operates the Rural Air Service (RAS) in Borneo.

For starters, it imposes RM50 fuel surcharge and RM9 as airport tax. There are also administrative charges besides the air fare.

Again, due to its monopoly in rural air travel, MASWings can raise fares and cut down flights. It is also known to arbitrarily cancel flights.

The charges for Asean countries will be RM35.

On Sept 22, Transport Minister Liow Tiong Lai was quoted as saying that the new rates will come into effect from Jan 1, 2017.

The decision by the Malaysian Aviation Commission (Mavcom) on the PSC may seriously affect the tourism industry, threatening jobs and hurting the economy in Borneo.

Sarawak has, in recent years, been aggressively promoting itself as a destination for tourists from Hong Kong and China.