Malaysia Airlines is in favour of the rise in passenger service charges at klia2, but AirAsia is not. 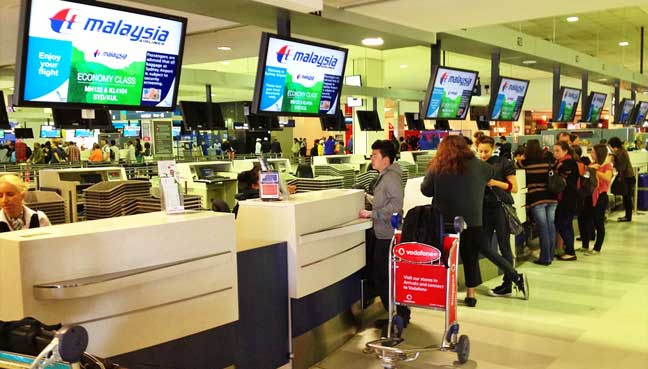 Airport tax in Malaysia one of lowest, says expert

The travelling public is not happy with the increase in passenger service charges, or airport tax. AirAsia, too, is not happy. But Malaysia Airlines has welcomed it.

Malaysia Airlines Berhad is pleased that the passenger service charged at both KLIA and Klia2 would now be the same.

It said in a statement that 51 airlines, the International Air Transport Association and the Association of Asia Pacific Airlines had all requested equal charges between KLIA and klia2.

Equal charges would allow the airport authority to invest in vital repairs and upgrades of the 18-year-old KLIA terminal to match the super new facilities at klia2, Malaysia Airlines said.

It added that this would also allow Malaysia Airlines to compete on a rational basis in bringing down fares, according to a report in The Sun.

She said this would make air travel more expensive and reduce overall demand for services offered by all airlines operating in Malaysia, crimping tourism, threatening jobs and hurting the economy.However, AirAsia Berhad Chief Executive Officer Aireen Omar said the increase in tax would be a direct burden to be shouldered by the people.

Meanwhile, The Sun quoted an unnamed aviation expert as saying the airport tax in the country was among the lowest in the region.

“If a study were carried out on the level of service and quality of international airports in the country, it would be easily proved they provide high quality service.

“This level of service, including lack of congestion and easy access to the airports, does not reflect the PSC that is being charged,” he was quoted as saying by The Sun.

He said the PSC in countries such as Thailand, Cambodia, Vietnam, Myanmar and Singapore was far higher, at the equivalent of RM110 for Vietnam, RM110 for Myanmar, RM92 for Thailand and RM104 for Singapore.