Post-MH tragedies, passenger growth has stabilised at realistic levels, physical infrastructure is in place and the non-aero side of the business is primed to expand, MAHB managing director Datuk Badlisham Ghazali said.

Close to 1½ years at the helm of MAHB, the former Computer Science graduate from the University of Northern Illinois, the United States, said after a “break-neck” growth of 19 per cent at the end of 2013, passenger growth dropped to 4 per cent last year and this year was trending about 2 per cent.

“I think growth from this point will be of better value. Unbridled growth always has a reverse connotation,” he said in an interview with NST and Berita Harian.

“Of course we want growth, but if it is not sustainable, then we may over-build or under-build, and that’s not something that we want.”

Malaysia Airports is the second largest airport group in the world in terms of total number of passengers handled, with 110 million (84 million from Malaysian airports and 26 million from its wholly-owned Istanbul Sabiha Gokcen International Airport in Turkey.)

This is the first full year contribution from Sabiha Gokcen and its numbers consolidated into MAHB accounts after MAHB bought over its partners.

The concession ends in 2034. Other large airports are single-operator outfits, including Changi (54 million), Heathrow (70-plus million) and Beijing (80-plus million).

The ENAIRE Group, which operates several airports in Spain, takes the lead with 124 million to 128 million passengers handled a year.

Even as MAHB reaps the fruits from its investment in Turkey, there are already plans for further forays overseas.

“All GLCs have to look at moving their competencies outside of Malaysia, so we’ve done that for many years. We own assets in India. We used to run Kazakhstan Airport, Maldives Airport. We’ve done work in Doha.

“The stakeholders want us to present to them what are viable assets that we should look at moving forward, whether they are greenfield or even brownfield airports.

Greenfield means you have to invest for a long period. Brownfield means it’s ready, we can enhance (it) and get income,” he added.

“Our configuration on runways allows us to be more independent in terms of take-off and landing … and that’s very important to the airlines.”

He said that there were more than enough bays at KLIA and klia2 to accommodate more planes.

“That’s a lot.” For next year, he hopes to see more connectivity between KLIA and klia2 that will contribute to make KUL a hub.

Inter-lining between airlines will give passengers more options and enable seamless transfers between operators. 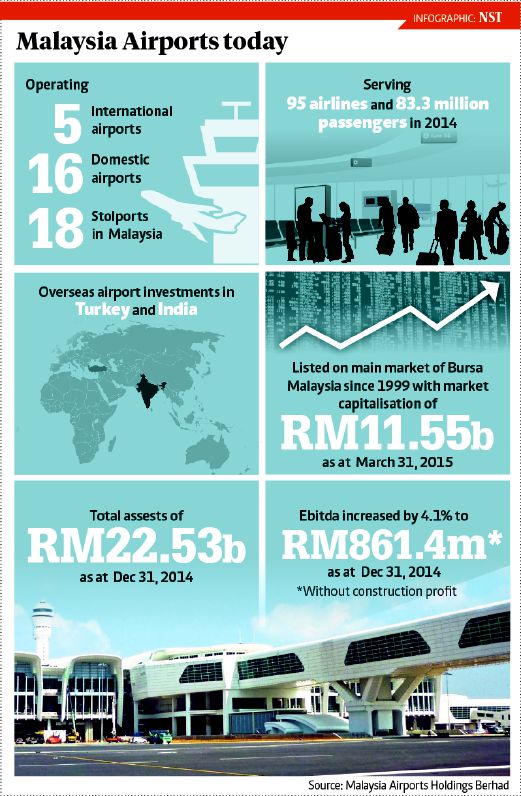 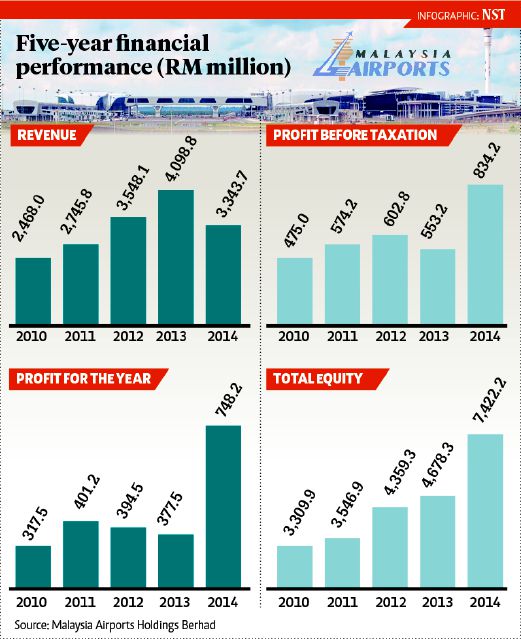 “We can provide the infrastructure to do it today. But (the question is) whether the airlines want it.”