The overwhelming response to the Shell Malaysia Motorcycle Grand Prix 2015 (MotoGP) has prompted Rapid KL to send in its new double-decker buses to offer shuttle services to the Sepang International Circuit (SIC). 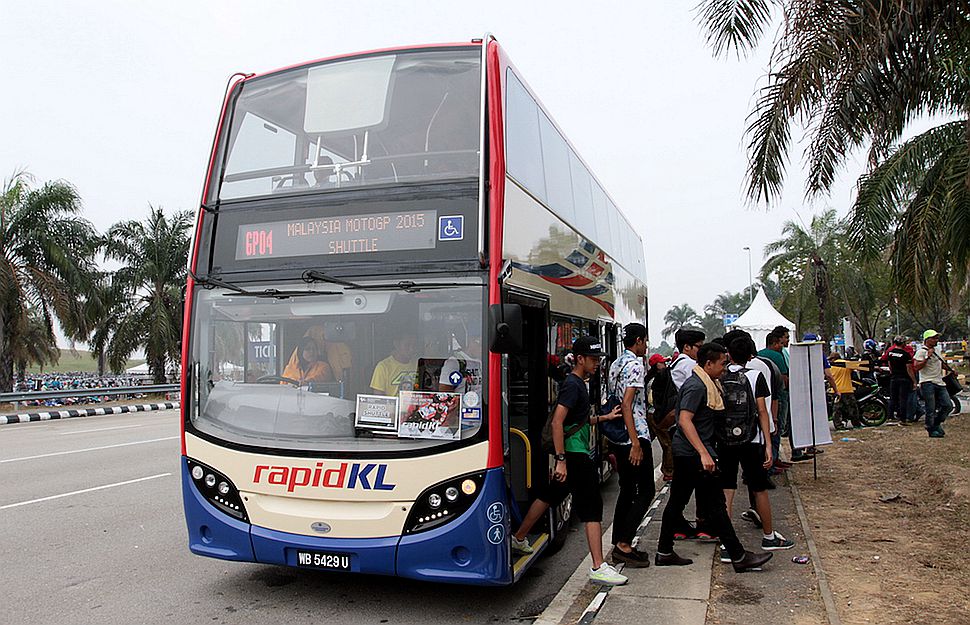 Rapid KL has replaced the singe decker buses with double decker ones in its MotoGP shuttle service to cut the long queues and waiting time. – Pic supplied, October 25, 2015.

“We introduced the double-decker buses yesterday, the second day of the event. It was done to shorten the queues and waiting time at KL Sentral and at the circuit,” said Rapid KL chief operating officer Mohd Azam Omar.

He said KL Sentral, KLCC and klia2 were the pick up points for shuttle services to the Sepang race.

A single double-decker bus can carry up to 108 passengers compared with a single-decker’s 60.

“We are still tabulating on the ridership numbers for the three days. In general, the support from the fans for the public transport has been fantastic.” Azam said.