Located at the main terminal building, it is Malindo Air’s first purpose-built lounge. 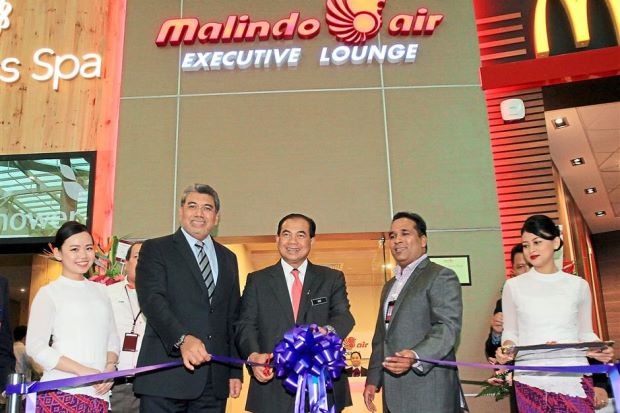 At its launch yesterday, Deputy Transport Minister Datuk Abdul Aziz Kaprawi congratulated the airline on its achievement, saying that it was one of the many encouraging developments in Malaysian aviation and tourism sectors.

“This shows klia2 is a successful terminal and that airlines are adding new innovations,” he said after the ribbon-cutting ceremony at the Executive Lounge.

“Last year, this airline carried 2.4 million people and I understand that this is expected to rise to four million this year, which is remarkable,” he said.

Malindo Air CEO Chandran Rama Muthy thanked the Government and klia2 for their support, adding that he felt the lounge was a “significant milestone”.

“Malindo Air Business Class and Economy Class passengers now have a dedicated lounge area to rest and refresh themselves before their next flight,” he said.

With free WiFi access, refreshments featuring Malaysian flavours, free use of personal computers, shower facilities and a comfortable rest area, the lounge provides the definitive travel experience, he said in his speech.

On the airline’s future plans, Chandran said it was looking at flying to cities in southern China, Jeddah, Australia, the Philip­pines and Japan.