Malaysia Airports Holdings Bhd (MAHB) leaves it to the Government to decide on its five-yearly review of passenger service charges (PSC), which is due next month. 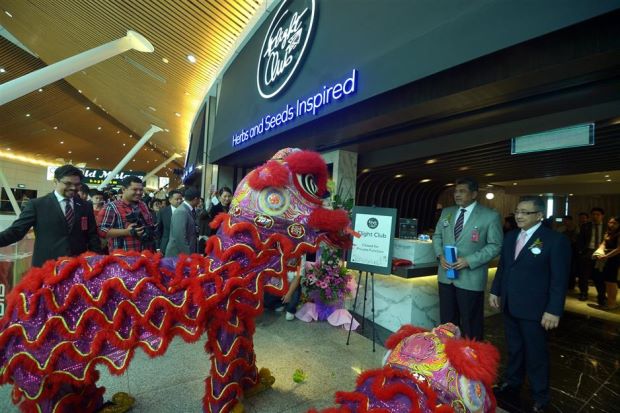 A lion dance was performed at the launch of the Flight Club at the Kuala Lumpur International Airport in Sepang.

Managing director Datuk Badlisham Ghazali said any decision on the review of the fees would depend on the government.

“The PSC has to be reviewed every five years and we have entered the five-year cycle.

“It’s about time now, and we leave it to the Government to decide as they are aware about it,” he told reporters after opening the Flight Club at the Kuala Lumpur International Airport (KLIA) in Sepang on Wednesday.

Badlisham said the review was needed as Malaysian airports had to keep up with the progress and investments made by other regional airport operators.

“This is not just about increasing charges, but also about improving other comparative elements that other regional airports are investing in.

“So, the government needs to keep up in term of new services and new infrastructure as the charges are borne by passengers who are using the terminal, not paid by airlines, and yet we are among the lowest PSC in this region,” he added.

On the Express Rail Link (ERL) fare hike, Badlisham said improvements in passenger services should commensurate with the fared rises.

“Even now with the introduction of ERL into klia2, its capacity is already maximised.

“We hope with the fare rises, ERL will also be expanding its services by buying larger coaches to accommodate more passengers for the benefit of passengers,” he added.

Express Rail Link Sdn Bhd announced yesterday that from Jan 1 next year, the fare for a one-way trip between KL Sentral and KLIA/klia2 will be RM20 more at RM55. – Bernama