THE StarMetro team checked the klia2 terminal and observed the staff manning the counters for both coupon and metered taxis. 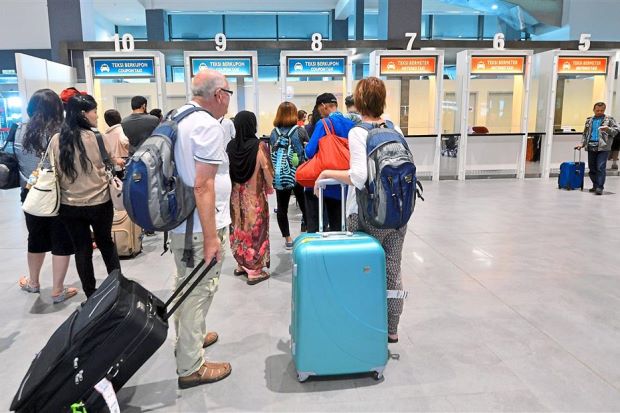 The taxi counters at klia2 show that the coupon counters are manned and the metered ones are not.

It was peak time and passengers who had just arrived from both international and domestic flights were forming long queues at the coupon taxi counters.

This was because there were no staff at the metered taxi counters.

I lined up to enquire about a taxi. The staff at the coupon counter was friendly and I asked for the cheapest mode of transport to KLCC.

She told me that a budget coupon would be ideal for me, as it was a fixed rate and I would not have to pay the toll charges.

She said that it would cost me about RM74 from klia2 to KLCC.

I thanked her and waited a few minutes.

As soon as I saw a staff open the metered counter, I made the same enquiry there and was told that the fares for a metered taxi is not fixed, I had to pay the toll charges, and that it would cost more if I were to get stuck in traffic.

I thanked the staff for her honesty.

My experience at KLIA however, occurred not too long ago when I returned from Germany after a working trip.

After a 13-hour flight, I was exhausted and wanted to get home as quickly as I could.

As soon as I got my baggage, I proceeded to the taxi counters and saw a long queue forming at the airport taxi counter.

Not wanting to wait that long, I left the queue to head to Level 1 where the metered taxis were waiting.

There were no signs available to inform passengers about the metered taxis.

I went up to the counter and politely told the staff to get the marshall or a staff member to alert passengers queueing up at the counters that if they are in a hurry, there were metered taxis available here.

She stared at me as though I was from another planet!

I felt that a good and professional operator would offer alternatives instead of allowing the queue to grow.

There were hundreds of city taxis and executive taxis waiting but no passengers in sight.

I got into the first cab in queue, and felt sorry for the people who were still upstairs unaware that there were taxis ready to take them to their destinations.

The cabbie, who hails from Kampung Baru, said he had been waiting in queue since 9am.

It was 5pm by the time I boarded his taxi.

Something is certainly not right with the taxi system at the airport.