Construction company Bina Puri Holdings Bhd is keen to undertake the above-ground infrastructure work for the Light Rail Transit Line 3 (LRT3) and Mass Rapid Transit Line 2 (MRT2) projects. Its group ED Matthew Tee said the company will submit its bid for the LRT3 works when the tender process opens in 2016. 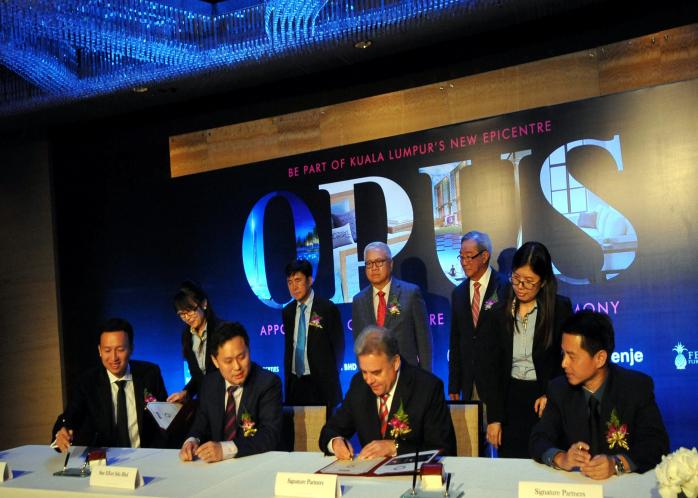 “We expect to submit the papers for the tender process next year. We also tendered for infrastructure works for MRT1 but was not shortlisted.

Nevertheless, we were busy with other projects such as klia2 and other works,” he said after the company’s flagship property project “Opus” launch in Kuala Lumpur yesterday.

The bidding process for LRT3 project is expected to start next year as Prasarana Malaysia Bhd aims to start construction work by the first-quarter of 2016 (1Q16).

Tee estimates the LRT3 contract could be valued between RM800 million to RM1 billion. Bina Puri and UEM Construction Sdn Bhd were involved in the construction of klia2.

The total LRT3 project is said to cost RM9 billion and expected to be completed by 2020.

It will serve over two million commuters along the alignment which will connect Bandar Utama, Damansara and Johan Setia in Klang.

Meanwhile, construction work on MRT2 is expected to start in the 2Q16.

The whole project is said to cost RM30 billion. Bina Puri’s construction division contributes about 80% to the company’s revenue.

The company is looking to reduce its dependence on the construction division and improve its property development arm.

The company presently has projects with a total gross development value (GDV) of RM3 billion including projects in Sabah, Kota Baru, Kelantan and Miri Sarawak.

A huge portion of the company’s 1,700 acres of land is being developed for that purpose. Opus Kuala Lumpur, with a total GDV of RM334 million, will be built on a 1.25 acre freehold land.

The project comprised of a low-density development with two towers, each 32 storeys, and offers 357 units of high-end service apartments.

Priced between RM1,500 per sq ft to RM1,600 per sq ft, the company said the units are priced 25% to 30% lower compared to properties surrounding KLCC, Pavillion or KL Sentral.

All the units in Tower 1, the company said, had been sold while there are still available units for Tower 2.