The Commission must not be led by anyone tainted by klia2 issues and radar woes.

The newly created Aviation Commission (AC) would not live up to expectations if it reports to the Prime Minister. That would be merely opening another wormhole of conflicting interests and hence potentially open to abuse.

“The government must take stock of what’s at stake and move to ensure that the AC reports to Parliament as the oversight body,” said Lembah Pantai MP Nurul Izzah Anwar. “Public safety is at stake. Prime Minister Najib Abdul Razak was already tainted by the troubled 1Malaysia Development Board (1MDB) which is under his watch.”

Previous appointments by the Prime Minister’s Office, she reminded, has proven to only further centralise responsibility and escape accountability. “One only needs to relook the Malindo Airline launch by Najib on 12 September 2012, a shocking five months prior to the Department of Civil Aviation’s (DCA) awarding its aviation licence,” she added.

“The government must address concerns on the AC by ensuring its independence. The Executive Chairman must be a committed professional with a sufficient geo-technical background.”

She pointed out that the newly-built runway at klia2 had cracks within six months of completion. “No personalities previously involved with Malaysia Airports Holding Berhad (MAHB), the DCA or the Ministry of Transport should helm the AC.” 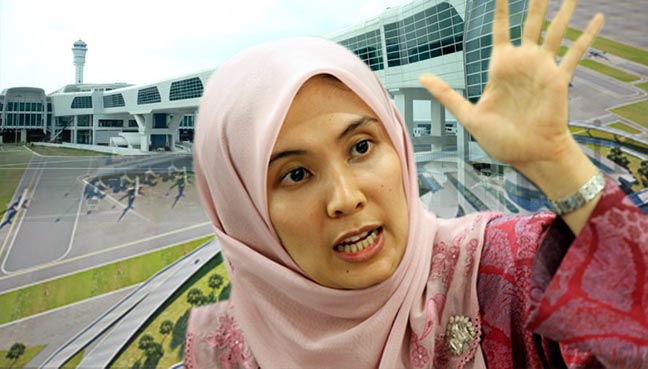 Nurul, also PKR vice-president, was lamenting that the 95-page AC Bill was bulldozed through Parliament with less than three hours of debate.

“It was a busy Bulldozing of Bills Week in Parliament,” she added. “The government’s move to spend through various new agencies and commissions without much detailing on its effectiveness and fruitful impact smacks of extreme irresponsibility.”

The prognosis, she cautioned, is not good for the aviation industry in the country. She described the DCA as incompetent, “a fact highlighted by numerous issues”.

She referred to the tragic fate of MH370, missing on a routine Kuala Lumpur to Beijing flight on March 8 last year and MH17 shot down over eastern Ukraine.

Other issues include, she continued, the direct tender choosing of the controversial radar system software provider, Selex Sistemi Integrati, radar failure incident at the Subang terminal in 2012; and MAHB’s lack of accountability on long standing issues affecting klia2’s runway and development.

“The International Civil Aviation Organisation (ICAO) audit barely cleared klia2 for use,” noted Nurul. “It met minimum requirements for safety to start operations as scheduled but there was a clear-cut need for consistent redress and preventative maintenance.”