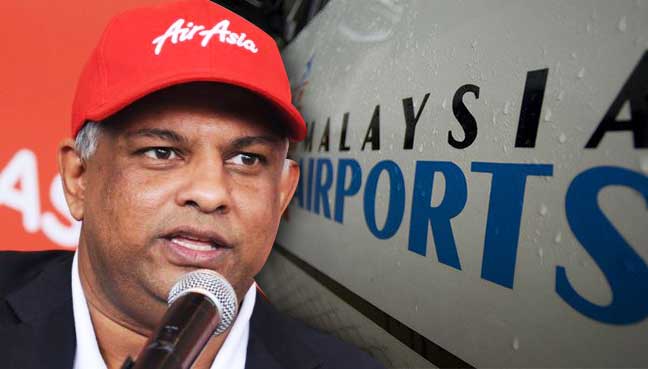 The transport minister has played a part in bringing the two companies to the table, says Tony Fernandes.

KUALA LUMPUR: The boards of directors of AirAsia Bhd and Malaysia Airports Holdings Bhd (MAHB) have set a date to meet and iron out various issues.

“It just came in on whatsapp but I’m not gonna tell you,” he told reporters after launching the Kuala Lumpur-Goa route here today.

Fernandes, who is often outspoken, seemed to be coyish on the meeting that is taking place for the first time in 14 years but sees it as a “good sign.”

According to him, the Transport Ministry played an important role in “patching” up things between AirAsia and the airport operator.

“I think the transport minister has played a good part in bringing us together and to find a common area of interests rather than keep having disagreements on how the low-cost carrier should be run,” he said.

Both AirAsia and MAHB have been locking horns on various issues.

One of them is related to the Kuala Lumpur International Airport 2 (klia2).

AirAsia has recently demanded a compensation of RM409 million from MAHB for its losses and damages arising from the budget airline operating at klia2.

Fernandes said he was optimistic the meeting would be smooth.– BERNAMA